A Personal Story about Needing to Change and Receiving Feedback 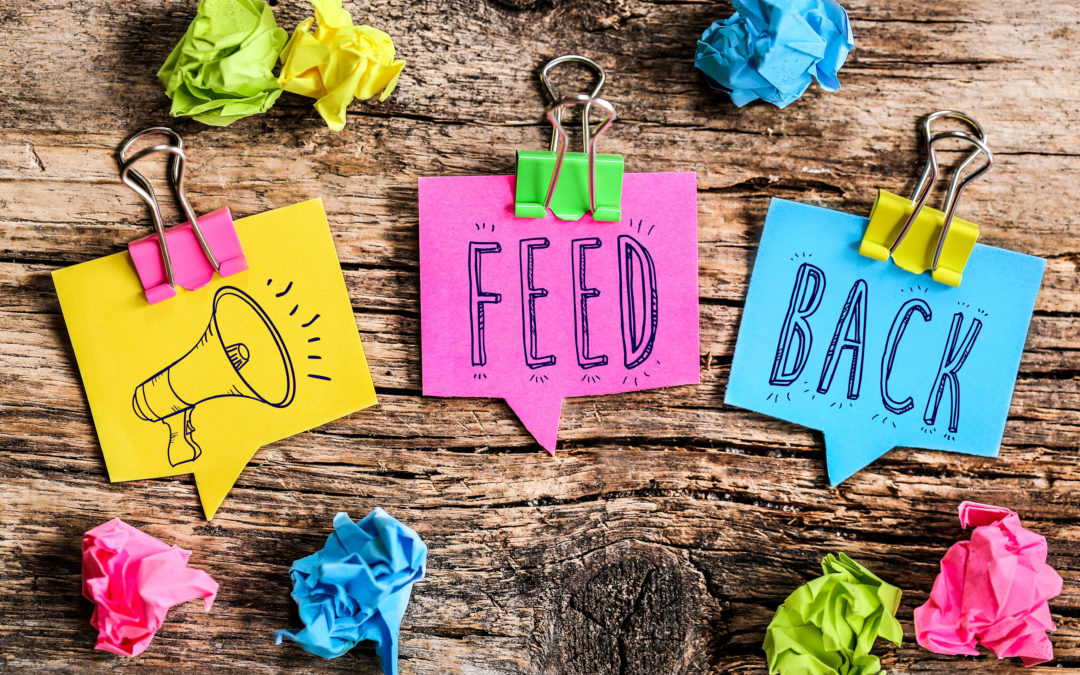 Earlier in my life when I lived in College Station, Texas, but was commuting to Cincinnati, Ohio, nearly every week, I was gone fifty out of every fifty-two weeks each year. I would leave on a Sunday afternoon at about 4 p.m., drive a couple of hours, get on an airplane, fly to Ohio, and get back home at about midnight on Friday night. Every once in a while, I’d be lucky and wouldn’t leave until Monday morning at 4, instead of Sunday afternoon.

After months of doing this, one night, I returned home to Texas at midnight. The house was dark. As I was walking through the house and into my bedroom, I heard this little six-year-voice say, “Hi, Daddy. Can I sleep with you tonight?”

I looked over and said, “Hey, Sweetie.” I gave her a kiss and said, “I’ll be right back. I’m going to brush my teeth.”

When I came back, I told her, “You can sleep in here tonight if you want to.” Her mom was in another room taking care of our daughter who was just a few months old. As my head was about to hit the pillow—and it usually takes me a good five to ten seconds to fall asleep—my daughter said, “Daddy, can we have a snack?”

Because I had been traveling a lot and didn’t feel I was being a good father or husband, I was experiencing a lot of guilt at that time. My kids probably could have asked for anything that we could have afforded, and they would have gotten it. And I clearly could afford a snack. So, we got out of bed and walked through the family room and into the kitchen. I asked her, “What would you like to eat?”

That was strange because she didn’t like ice cream. But if you put a hundred foods on the table along with ice cream and forced me to choose one, it would be ice cream. As I was fixing two bowls of ice cream in the kitchen, I looked back in to the family room and saw my six-year-old daughter go to the corner and turn on the television. Then, I watched her go to our two swivel recliners and turn them sideways. She then took two kitchen chairs and slid them right up to the edge of the family room so that the chairs were still in the kitchen and we could see through the turned recliners.

The two of us sat there in those kitchen chairs with our feet in the family room, watching ESPN on television after midnight through the swivel recliners. I was eating my ice cream and savoring the moment. I was thinking, “I’m going to get another bowl of ice cream because she doesn’t even like ice cream.” I looked over and saw her twirling her spoon around in her ice cream.

After a few minutes of me eating my ice cream and my daughter swirling hers around in her bowl, she asked me with her little voice, “Daddy, can I ask you a question?”

I said, “Sure, Sweetie. You can ask me a question any time you want.”

She said, “Daddy, you know that thing that you’re doing in Cincinnati?”

“Did you offer to do that, or did somebody ask you to?”

I looked at her and said, “Well, somebody asked me to.”

She never looked up. She kept swirling her ice cream. After a few seconds, she said, “Daddy, do you think you could get them to ask somebody else?”

I had always heard about people getting choked up and “swallowing an orange.” In that moment, I choked up, and I felt myself swallowing that orange. Here was my six-year-old daughter saying to me, “Daddy, we need you at home.” After I had regained my composure, I replied to her, “Well, you know, Darling. . . if Daddy wasn’t up there helping those people, a lot of people wouldn’t have jobs.”

That little girl never looked up. She just said, “Then… that’s okay, Daddy.”

The truth was I had to take that feedback as relevant. I had to make a decision about whether I would keep doing what I had been doing. At this time, the corporate board had been trying to influence me to move to Cincinnati, but that was not a decision to be made lightly.

The next day, I met with my wife, Sandra, and said to her, “Honey, we have a choice to make. We can either move our corporate office back to Texas, move ourselves to Ohio, or I can quit and do something else. Because what I’m doing now is destroying our family.”

My daughter’s feedback was highly relevant. I had to acknowledge it, and I had to take responsibility for making the necessary changes. If my wife had said something to me like that back then, my anger would have flared up, and I would have said something like, “I’m working hard and making a lot of money. You have a great lifestyle. Why would you ask me that?”

If you decide to go down this trail, you’ll be surprised where such good, solid feedback will come from. Maybe even from a six-year-old girl. Over time, I have learned two important lessons: 1) all feedback is relevant, and 2) change seldom occurs until the pain of staying the same exceeds the pain of changing. As transformational leaders, we all need to receive all feedback even, and especially, if it is hard to receive. Then as we make the changes we need to make from that feedback, we continue to grow into the kind of transformational leaders who have a positive impact in our relationships and organizations.