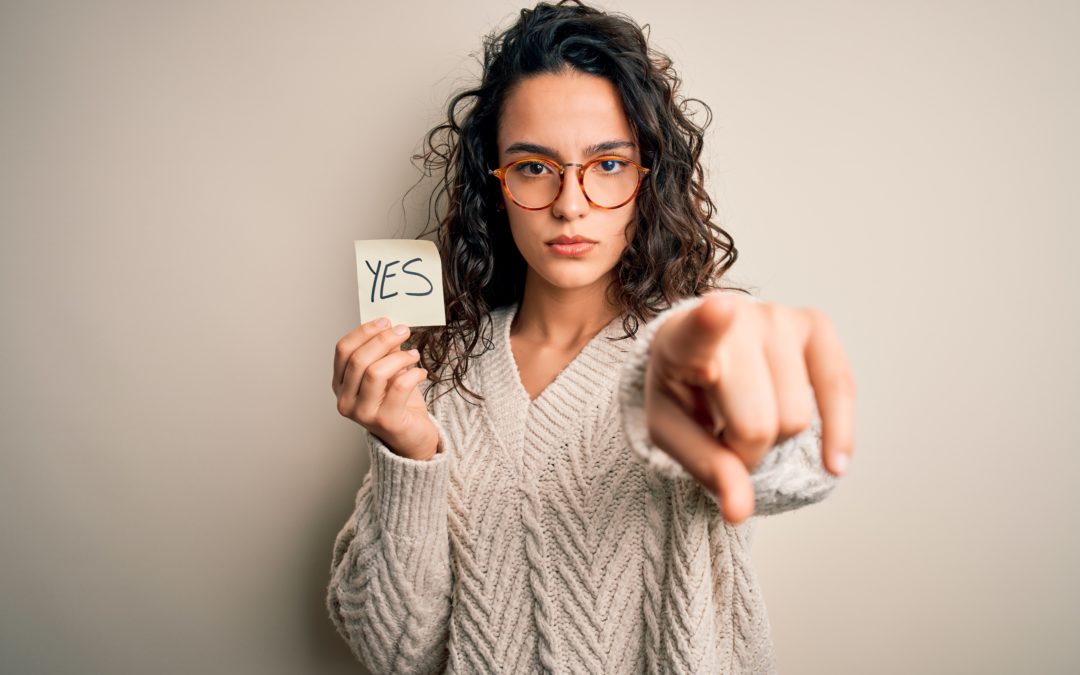 What Is an Affirmation?

Let me share something with you that I believe is one the most important tools that we teach in Transformational Leadership. This tool is a behavior called affirmation. Let me explain. An affirmation is saying something positive about someone directly to them.

To build relationship, to shift an organization, we want to remove those kinds of phrases. When we remove them, our thank-you is much more genuine and sincere. Our affirmations are much more meaningful.

How Do You Give an Affirmation?

So what are some other things that we want to know when we thank someone or give someone an affirmation?

(1) Be sure you look the person in the eye. Looking directly at someone you are talking to is the way to show respect and is completely appropriate in our culture. In some other cultures, looking a person in the eye is disrespectful, so if you live in that culture, be sure that who you’re looking directly in the eye is okay with your doing that in their culture. Make the decision on direct eye contact based on the culture in which you live.

(3) Be honest. Don’t just tell somebody something that’s not true. They might end up on a singing show somewhere and get made fun of because somebody’s been telling them they can sing. Don’t tell a child, for example, they can be the quarterback of the high school football team if they’re really, really, really slow and can’t pass the ball very well. An affirmation must be honest. It must be the truth.

And, then, (4) Talk to the person. Don’t talk about the person. They’re right there in the room with you. There’s nothing wrong with sitting in a room and talking about how great someone else in the room is. There’s nothing wrong with that, but that’s not an affirmation. An affirmation is when you turn to the person you are addressing, you look them in the eye, and you talk to them about them. An affirmation could be a thank-you. “You did this for me, and I really appreciate it. Thank you so much for that.” If you’ll notice, I didn’t say “I want to thank you.”An affirmation can also be a straightforward thank-you. When you simply turn to the person and say, “Thank you for doing that,” you don’t even have to start with “I.”

Who Should Get an Affirmation?

An affirmation could be about who they are, about their being. It could be something that’s so obvious that everyone sees it about them, but no one ever really tells them about it. No one actually shares that affirmation with them. While it may be obvious to everyone else, it may not be obvious to that person.

Now, try this little exercise. Think about who you were thinking about when I asked you earlier to think about someone who had done something for you or about someone who has a special attribute about their being. And before the day’s over, either pick up the phone and give an affirmation over the phone, which means you can’t look them in the eye, or go meet with them, and thank them for doing that thing they did for you, or share something positive to them about who they are.

I can share with you an affirmation I made when I was doing some live videos. There was a man there who was actually sitting behind the camera, and he was videoing what we were doing. The truth is I’m not comfortable in front of a camera. I’m just not. I’d much rather be in person with people so I can interact with them. But this man was making me feel at ease and very comfortable, so I turned to him and said, “Jason, thank you so much for your attitude, that smile on your face, and for making it so easy to get through what we’re doing today. You’re amazing at what you do. But it’s not only what you do, but how you do it because that tells me something about your character. Thank you for being willing to sit there all day and help me get through this. You’re amazing.”

What Are the Results of an Affirming Culture?

I encourage you to go share with somebody whom you feel that way about in your life, even before today is over. Be an affirming person. Build an affirming culture. Affirmations will shift your organization and your relationships to a whole new place in a whole new way. If done in the right way and if they become a part of a culture, affirmations not only can improve productivity in an organization, but can also improve people’s self-identities and interpersonal relationships.