Anger – A Rational Vs Irrational Brain 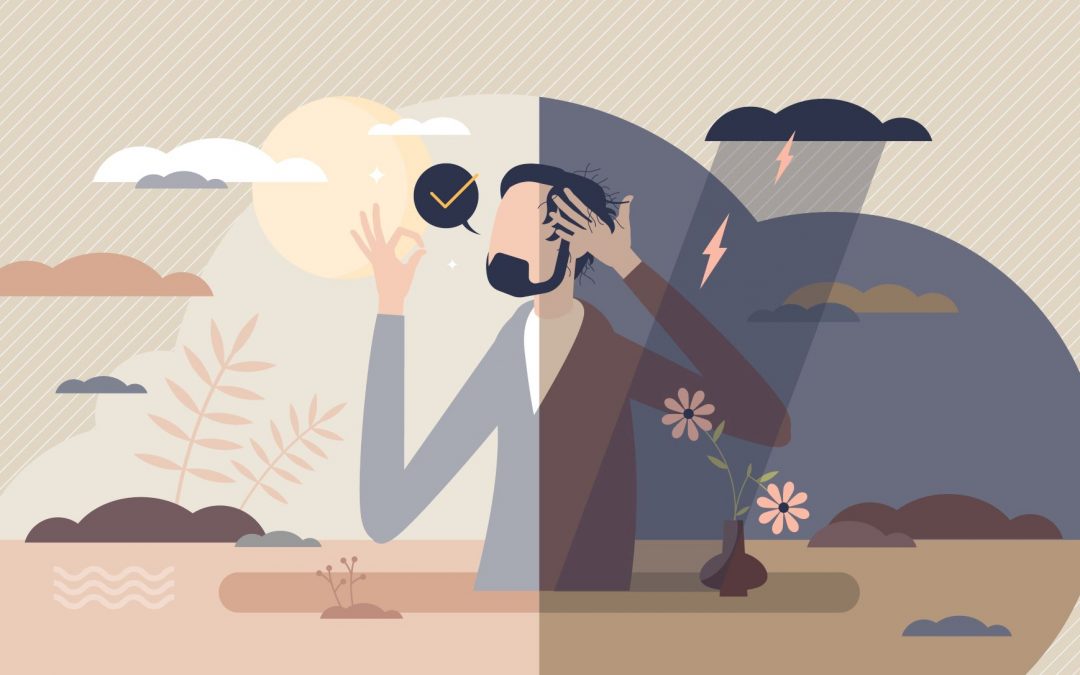 Today, we are seeing lots of people meeting life with anger and frustration about a whole variety of issues that we are facing in our society. People seem to be unable to hear or listen to others. They only want to talk to people who think and feel the same way they do. So, let’s talk about anger and how it affects the way we relate to those around us and how it affects us personally.

Culturally, we seem to be living in a world where people can’t and don’t talk to each other, where different ideas and thoughts only spark anger and frustration. We see division and divisiveness among us. In fact, divisiveness seems to be more common and acceptable than honest communication. Separation seems to be more prevalent than coming together. The art of finding ways to communicate honestly and to find common ground is not valued. Expressing deeply felt values that are different from ours is often not permitted or accepted.

These group dynamics are largely the result of what has happened to us personally. As individuals, we have become angry. We are bombarded with other angry people around us. Even the media, for example, is constantly filling us with the voices and pictures of anger, and that only increases the anger. We have separated ourselves from others because we don’t see eye to eye, and we have lessened our ability to be the leaders we need to be.

How Anger Affects Us

Let’s look at what happens to our bodies and our brains when we feel angry and stressed. What happens to us when we feel frustrated? What causes anger? We know that anger is caused by fear, frustration, or pain, and that pain can be emotional pain. Anger causes specific, physical reactions. When we are angry, our bodies release a chemical called epinephrine into our system that causes the rational part of the brain to be affected and sends us into the “flight or fight” mode. When we get angry, we say or do things that we would not normally say or do. Why is that? Because we’re not being hormonally charged with epinephrine. Our brain without epinephrine is large and fully functioning. We can think clearly. We are creative and can problem-solve. We can find solutions to issues and ideas that confront us. And we can deal with people whose ideas are values are different than ours.

Our brain with epinephrine is much different. You have heard the phrase pea brain. That’s what happens when our brains are charged with epinephrine. Our brains turn into the size of a pea brain. We are only focusing on one thing, to fight or get out of Dodge. Our emotions are fully engaged, and we can only think about the problem that confronts us, and how we are going to have to do a fight or flight response. We are not thinking with our calm, rational brain that would enable us to think beyond the problem and find solutions.

Similarities Between Our Car and Our Body

Our bodies are a little like a car. If you think about a car that’s fully gassed up, has good oil and transmission fluid, and the tires are inflated the right amount, that car drives pretty well. But if anyone of those things goes down, if it runs out of gas, you have to pull the car over. If you run out of oil, you burn up the engine. If you have a flat tire, you can’t drive the car. Our bodies are like that.

If you think about our bodies when they are operating at top level and fully gassed up, at the top of that gas tank is something called serotonin. Serotonin is that chemical that’s in us that keeps us balanced. It means we’re probably sleeping well. We don’t have a ton of stress. We’re probably eating right and exercising. Something else that’s at the top of that tank is called dopamine, and dopamine is what’s called the “feel good” hormone, the stuff in us that causes us to want to be in relationship with other people.

When continued stress and anger kick in over time causing us to live with a pretty constant pea brain, our bodies react and we soon deplete our serotonin and dopamine. Then we are not really thinking rationally and won’t tolerate and are not interested even in hearing other people’s views about Covid 19, for example. The result is division and separation as opposed to being united against such a common enemy. That kind of long-term separation harms us both as a society and as individuals within that society.

So what happens if someone’s epinephrine is kicking in and maybe they have what we call road rage? I was driving in Cincinnati, Ohio, and sitting at a red light. All of a sudden I heard this long, hard horn blast. I looked up, and the driver of this conversion van was blowing the horn as he swerved not to hit me. He shot me the finger on the way by, waving at me with one hand the way I had waved at people in my past when I was angry at drivers. As I looked up, I realized I had rolled out into the intersection because I was texting at the red light. I thought, “Wow. That man just saved our lives.” Now if my first thought was that he had no right to “wave” at me like that and blow his horn at me, my epinephrine would kick in, reducing my rational brain to about the size of a pea. If my first thought is that that man just saved my life, it’s a whole different process of how to deal with the situation, and I am engaging my full, rational brain.

I made a right turn and caught up with that van at a red light. As I did, I tried to motion to him to roll down his window. At first, he wouldn’t. Then he looked over and saw me mouth the words “I’m sorry” because I was trying to let him know that I was sorry. He finally rolled his window down. I looked at him and told him that back there I had been texting, and I did not realize I had rolled out past the light. I told him I was wrong and I was sorry. I asked him if he would forgive me for doing that. And I thanked him for being alert because he probably saved my life when he swerved around me.

When I said all that to him, tears welled up in his eyes. At that point, he probably wished he hadn’t waved at me with one finger, but I was okay with it because I was the one who had caused him to have to swerve to miss me.

Let me ask you again which of those people reacted in the most productive way. Which of those leaders have the most influence, the one who says you have no right to blow your horn and wave at me the way you did or the one who says I take responsibility for my actions and who admits this was my fault and I’m sorry.

As transformational leaders, we can choose to back away from the fight or flight syndrome and think rationally and clearly about issues that might cause anger and stress. We can choose to let go of anger and calmly and rationally think about the societal and personal issues that confront us. Rather than living life separated and divided from each other by anger and with a pea-sized brain, we can choose to let our full-sized, rational brain look for the ideas that connect us. As we think clearly and rationally, we realize we have much more in common with each other than we are different, even those who may think differently than we do.