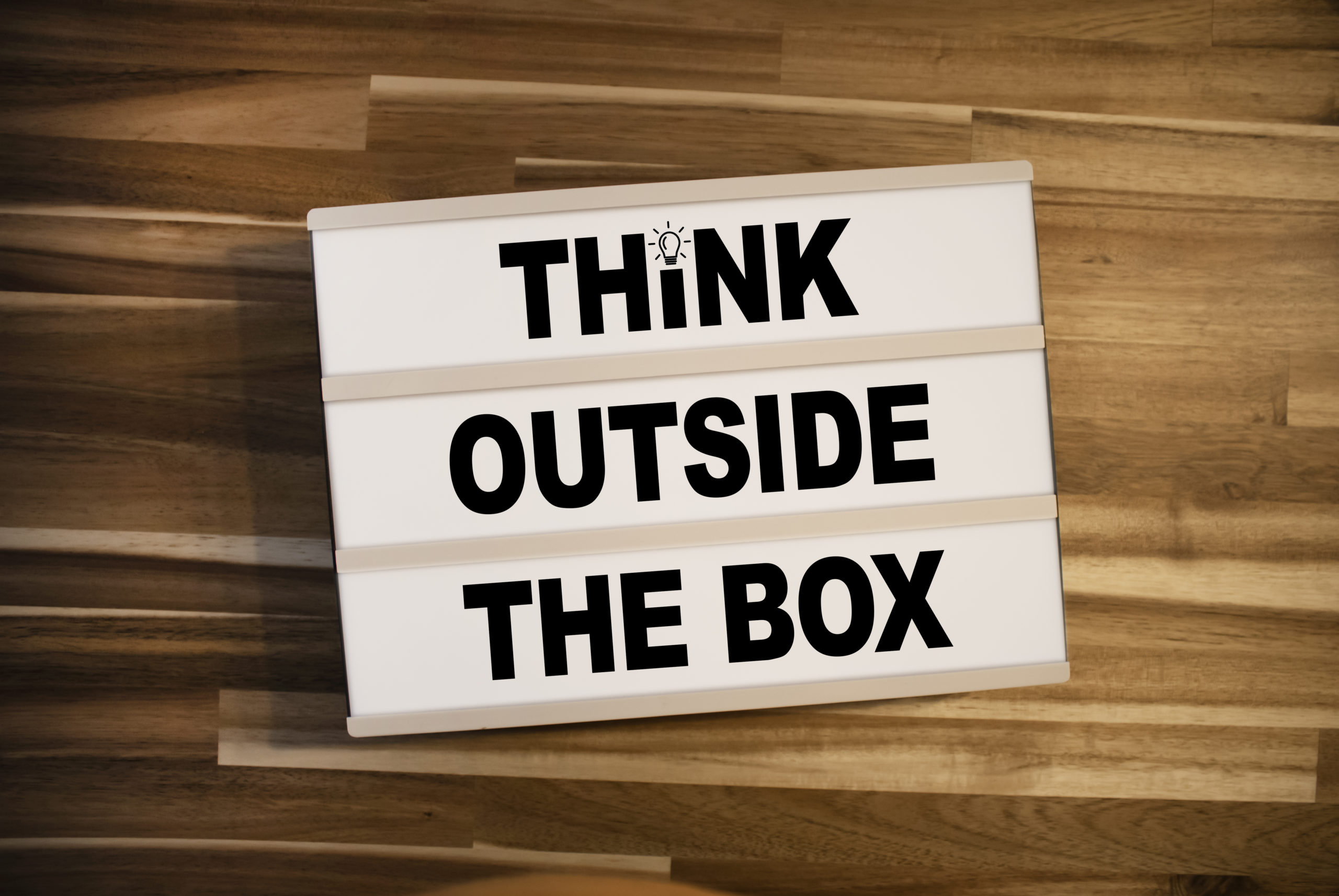 Most of us would agree that we have a certain way of thinking, and we’ve been taught our whole lives that that way of thinking is “inside the box.” Now most of us have heard many times that you’ve got to learn to think “outside the box.” Here’s why I don’t believe that works. I believe that even when we’re in a box, when we’re in our way of thinking, we can hear or see something that gives us new knowledge about that topic and we can see things differently and think about it differently. We can watch a tape or read a book, and we can be encouraged to make a change.

So what happens then when we end up back in the box? At some point, we begin thinking again, “I can do this. I can do this.” So we step out of our box again, but it gets uncomfortable again. And then what do we? We crawl back in again.

Here’s what I want to challenge you with today. Change your thinking while you are still in the box. And that thought is that I know it’s going to get uncomfortable, so I need to expect the unexpected outside that box, and when it gets uncomfortable, I will not crawl back into the old box.

Then I know ahead of time I’m going to get uncomfortable. Then I know before I leave the box that when I get outside and it does get uncomfortable that I’m going to need some extra help, so I make the decision then that I will call on my bumper buddies if I need help. My bumper buddies are those bumper people in my life whom I trust to help bump me back on track to accomplish my goal if I get off track, who are going to help me stay encouraged and focused so that I don’t crawl back in that old box.

You’ll find, if you stay outside that box long enough, that you’ll finally completely turn your back on that old box and turn completely away it. As you get in a different place, you’ll see that one day you’re no longer outside the box, but that you’re actually beyond the box

What does beyond-the-box mean? It means it’s just as uncomfortable to keep going as it would be to crawl back in the box. In other words, it would be equally as uncomfortable to crawl back as it would be to move forward. Because now, we’re thinking differently. If we can stay outside the box long enough, we’ll actually turn ourselves. We’ll turn completely away from that box. We’ll take any of those things in the box that were good with us, and, while we may have the memory of those things that weren’t good, we won’t be taking those things or behaviors with us. Now we’ll get to a whole new place.

Now what do we know about every bubble? We know that every bubble at some point is going to burst. So, if we’re bubble-thinking, if we’re thinking in a bubble, we know that at some point the pressure on the outside or the pressure on the inside is going to change, both individually and in our organizations. We know when that bubble bursts it’s gone and we must go into a new bubble. We call that bubble jumping.

I had to make the decision that when I got outside the box, knowing I was going to want to go back inside and eat the pecan pie, that I would have to stay beyond the box long enough so that I could focus on what I was going to eat. There’s an example of what it means to think beyond the bubble.

When I discovered this in late 2007, I lost about sixty pounds. Here we are years later, and I’ve been able to maintain most of that weight loss with that new way of thinking.