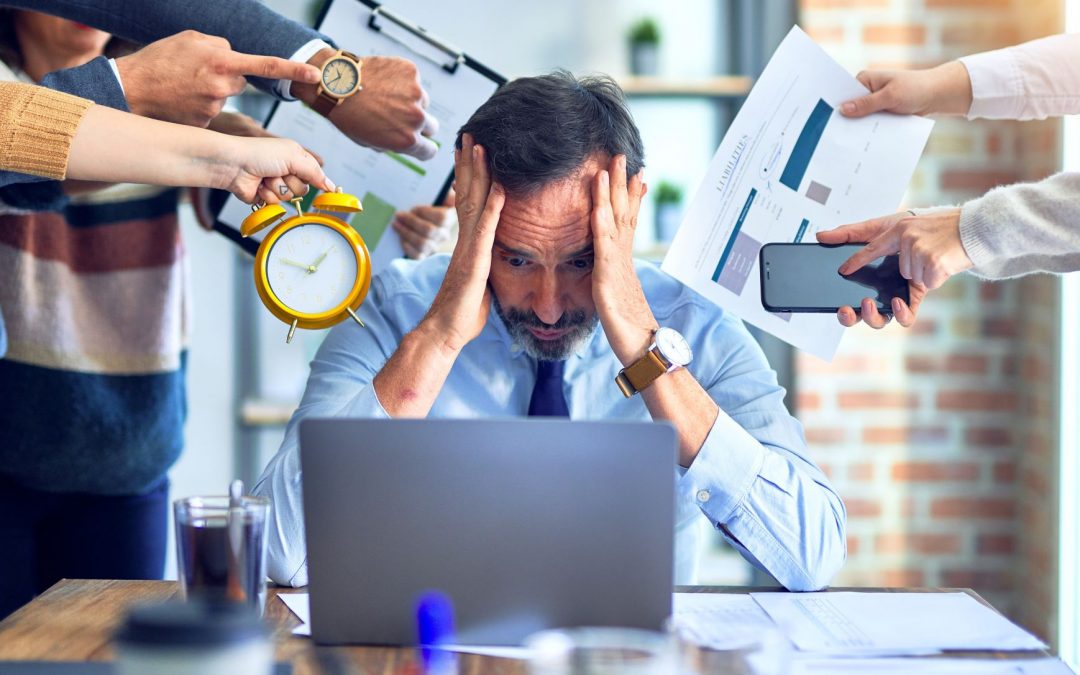 The vast majority of people genuinely want to do a good job. However, social anxiety often makes it difficult for people to sustain high levels of performance. But if we’re aware of this emotional response, we can help ourselves and others avoid such anxiety.

Responses to social anxiety can cause us to underperform or to overperform. If we deal with those things that cause our team members to be anxious and put those things to rest, people will perform at a much better level. Then productivity can increase, and relationships can be healthier.

Social anxiety also happens with salespeople, which can negatively affect the way they relate to customers because they need to succeed in their job and, yet, they are concerned about making a deal. It can also be one big cause of a new employee struggling to learn a new job. They could be spending much of their brain power on something as simple as trying to remember everyone’s name instead of what we want them to focus on to learn their new job. One of the best ways to relieve social anxiety among people who are new to a group is for everyone to simply wear name tags. Then the new person can concentrate on the meeting itself rather than on trying to learn everyone’s name.

When the stress of social anxiety kicks in, it comes in two different forms. First, there’s distress, which most of us know about. It’s the kind of stress that causes us to underperform. It can cause us to shut down and perform at a lower level than we normally would and drains us.

The second form of stress is called eustress. Eustress is good stress. “Eu” is Greek for good. This kind of good stress can raise our levels of performance. But too much of it can cause us to overperform which is just as harmful as underperforming. For example, if the players on a basketball team have too much eustress, many of the shots they take will be long. If they have distress, many of their shots will be short.

The same thing can happen in a company or in a sports team. For example, in a company, during the last week of the month in many production facilities, many companies will ship 80 percent of their shipping for the whole month. This isn’t healthy for the workers. What happens, then, in the first week of the next month, very little is accomplished. I call this the “end-of-the-month” syndrome.

In a sports team, the team members who have a coach who affirms and encourages them will perform better. Those teams with a coach who yells at them will stress their team and performance goes down. Distress can cause us to underperform and shut down. It can be caused when people experience discomfort. It can also be caused when people have failed in the past or when they don’t have the skills training needed. Good stress or motivating stress can help us raise our level of performance and rise to the occasion.

Both forms of stress, distress and eustress, can be equally hard on the body if we stay in either one of them for too long. Even though an appropriate level of eustress can be good, the key is not to stay in it too long because it, too, then can become draining.

If you have a team of people—whether they are your children, your employees, or the players on your sports team—one person’s eustress could be another person’s distress. Try asking a group of people, “How many of you like to run?” Typically, a small percentage of the people will raise their hands. For that group of people, running is eustress. Those people experience something called “a runner’s high.” For the rest of the group, running creates distress. That same kind of opposite reaction can happen when we’re making decisions in any organization we’re in, whether it is a business, a church, or a family. One decision will drive certain people’s distress levels up while, at the same time, driving other people’s eustress levels up.

Social anxiety can always be in play in people’s lives. When it is in play, as transformational leaders, by being aware of how stress can affect people, we can take steps to help relieve social pressure and social anxiety. We can help people on both ends of the stress continuum so they don’t underperform and so they don’t overperform at unhealthy levels.