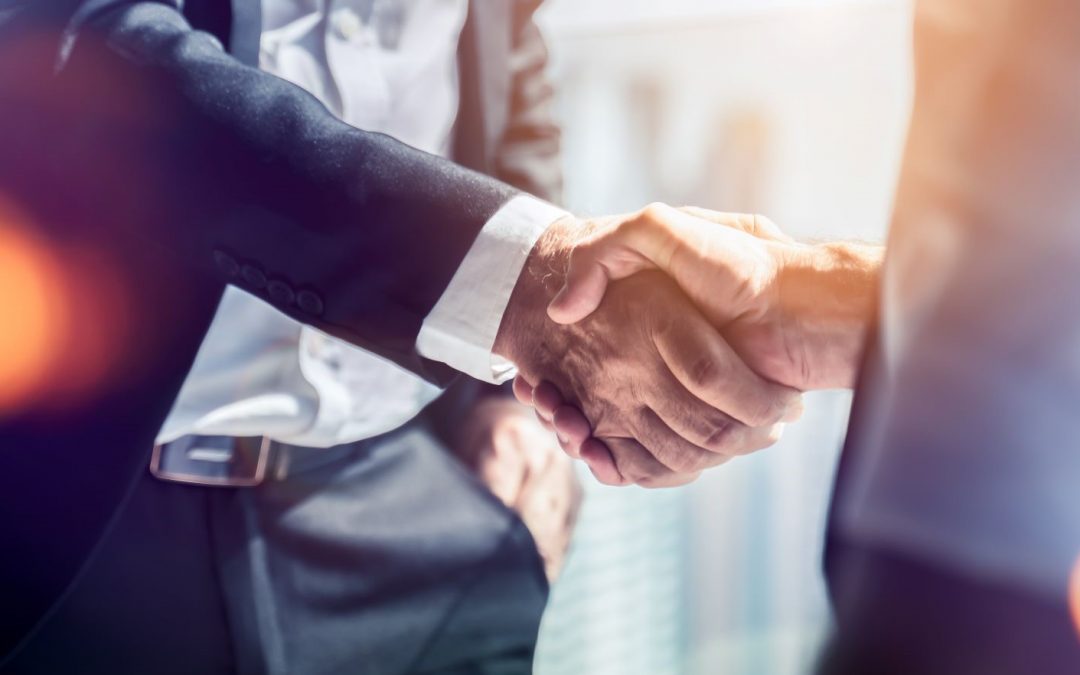 As a transformational leader, learning how to deal with angry people may lead you and your organization into business exchanges that impact you, your business relationships, and the way you do business.

Let me tell you a story around the concept that the customer comes second and the employee comes first and how that’s connected to the fact that smart people like doing business with smart people. They don’t want to do business with people who just give their product away. This story is about a very, very large retailer in America. As a matter of fact, if you live in America, it’s very unlikely you haven’t been to this retailer. You probably have.

I got a phone call from the largest stockholder of this retailer. She is the daughter of the founder. Their office had called me and asked if I’d go fishing with her and a group of bankers and others. I said, “Sure.” Who would pass that up? We were a vendor to them, and they were one of our largest customers. We went fishing, and we had a great time. A few months later, I got another call and was asked if wanted to go again. Well, absolutely I wanted to go again. I would get to rub elbows with the big shots, and I’m clearly not that.

After we spent some time fishing, we went back to the cabin, ate dinner, and were playing some cards. The head woman asked me to come and sit on the front porch with her. On the front porch, she asked me this question, “Would you tell me all the things we do to our vendors that puts them out of business.”

I said to her, “Not in your wildest dreams.”

I said, “Because we make money doing business with you. We love having you as a customer, and I don’t want to jeopardize that at all.”

She said, “What if I guaranteed you it wouldn’t hurt your business?”

I said, “You know what? You don’t work there, and we deal with the people who do, and I’d rather not take that risk if you understand that.”

And she said, “Do you realize what a big stockholder I am?” And she explained that, and I hadn’t realized that. She said,
“I promise you this won’t hurt you. Just tell me.” So I just laid it all out. I won’t say here what all of it was, but I just laid it out for her. And she said, “If my dad knew that, he would roll over in his grave.”

She said, “I have another favor to ask.”

She said, “Will you come to the corporate office and meet with the senior executives and tell them what you just told me?”

I grinned, shook my head, and said, “Not in your wildest dreams.”

She kind of chuckled, and she said, “I promise you this won’t hurt your business.”

Going to the Head Office

So I go down to their public offices, and I take our corporate team, our VP of sales and a president or two of a couple of our organizations. We go down, and we meet with the CEO, the CFO, and the COO.

We sit down and the first words out of the CEO’s mouth is “Hey! The person who sent you here tells me that we’re your best customer.”

And I said, “Well, that’s not true.” Right then, one of my team kicked me so hard under the table I had a bruise on my leg. But, the other people started laughing.

And then the CEO said, “Well, she told me you were going to be honest.”

I said, “Well, there’s no sense in being here unless we’re going to be honest, right?”

He said, “Yeah.” He said, “Well, she told me that we were your largest customer.”

I said, “Oh, that’s true. You are our largest customer, but you’re not close to our best customer.”

Speaking the Truth to the Big Shots

He leaned back in his chair, and I said, “Do you want the truth?”

He said, “Yeah. She told me that you were going to share with us all the things that we do that put our vendors out of business.”

I said, “I’m happy to do that.” I had a typed list and handed it to him, and I just started going down through it.

We shared the whole list, and when we were finished, he said, “I want to give you the biggest order that you’ve ever gotten before.” He said, “Have you ever gotten an order for a million T-shirts all at once?”

He said, “Well, I want to give you an order like that today.”

I happened to have our VP of sales there that day, so I turned to him and said, “Take his order.” So, he wrote down the order.

I looked at the CEO, and he said, “And I want to pay a dollar a shirt for those, and if you’ll do those, we’ll give you lots more business at your price.” Now, that was one of the issues on our list, that they entice people with big orders and no profit so that the vendor hopes to get bigger orders later.

I said, “Fine. A dollar a shirt.” And back then, the cost of just our shirt, not including the printing and the labor, was around $2. And he was wanting to buy all that for a dollar. So I looked at him and said, “Go ahead and take his order.” Of course, my team looked up with a “Whaat!?!?” expression on their faces. And I said, “Take his order.” I said, “What would you like on those shirts?”

He said, “Well, don’t you do all the collegiate graphics around the country? And don’t you pretty much ship them to every store that we have?”

He said, “Then you know what to ship. Just do what you know to do.”

I said, “I’m happy to do that.” And I looked at him and said, “When would you like to have those delivered?”

He said sharply, “What?”

I said, “We’ll never ship those shirts. If we ship those shirts, we’ll go out of business. There’s no way we could fulfill an order like that. But we’ll take the order just like a lot of other vendors do, and then when they don’t ship to you, guess who your buyers call? They call us because we’re still here. We can’t do business that way. I don’t know how to make money doing business that way, and I can’t do business with people that way when I can’t make money doing business with them because then my employees don’t have jobs.”

He kind of leaned back in his chair, and he said, “I get it.” He said, “But could we negotiate the price that we pay you because we pay you about ten percent more than we pay anybody else.”

I said, “Absolutely. Happy to negotiate. That, I’m open to.”

He said, “Well, I want you to match their price.”

I said, “I didn’t say I was going to match their price. I said I was going to negotiate. As a matter of fact, I’ve been talking to your buyers, and they’ve given me all the reports of all the stores we’re in.”

Then I said, “So I’ve got the turn reports for us and for our competitors whom you pay about ten percent less, and here it is. And it came from your people. And based on this report, if you’re happy paying them $5 a shirt, you should be happy paying us $6.40 a shirt. So let’s negotiate.”

Coming to an Agreement

You see, I believe smart people like to do business with smart people. Over the next few months after that, our business with that retailer went up five times. Not only did it not reduce or just barely go up, but our business started exploding because they had an understanding that we were on time, our quality was good, and their turns were high. And it wasn’t just based on price. They respected who we were and what we were saying and doing. Many people don’t understand that smart people like to do business with smart people who, instead of giving their merchandise away which impacts their employees which makes people stressed, come to the table with facts and honesty. There’s really no need to do that to your business or your employees.

So, if you’re a businessperson, if you’re a leader in an organization, understand people want to do business this way. As transformational leaders, we have the opportunity to show our customers they are important even as we put our employees and our business first.