Dealing with an Angry Customer 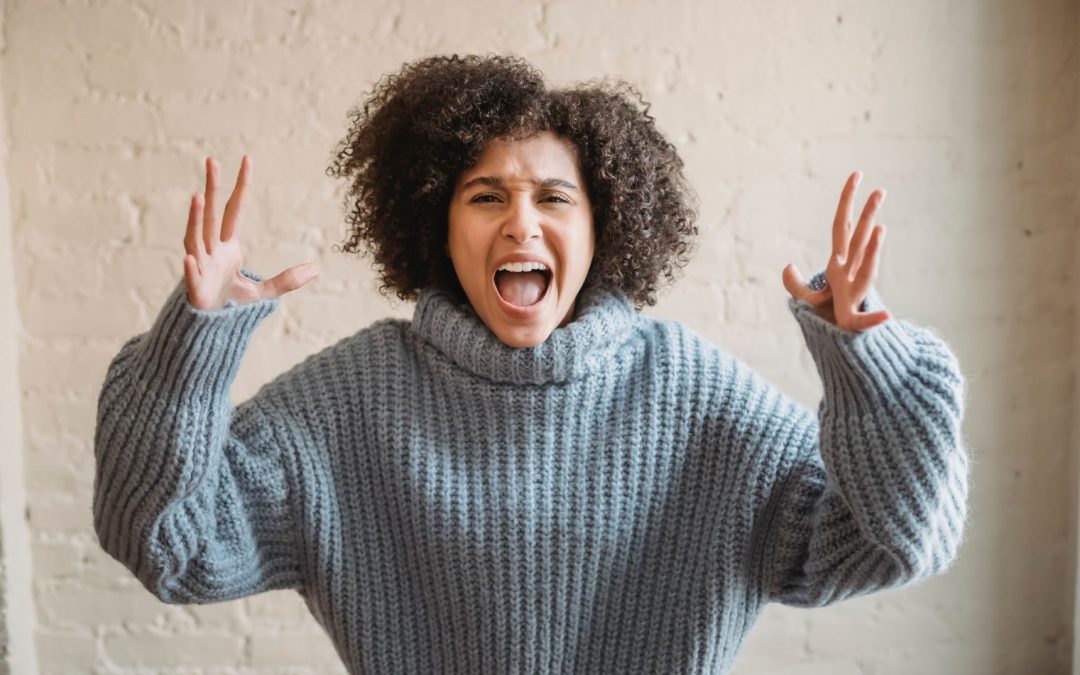 A New Procedure to Try

For this story, we have to turn the clock back a lot of years because we’re going to talk about a time when you couldn’t print a picture on a T-shirt. Now, I know it’s hard to believe that ever was the case, but it was years and years ago. A customer came into our company, and she had a photograph and wanted us to print it on a T-shirt. Since I was thinking inside the box, I told her it wasn’t possible to do that. As I was having the conversation with her and our customer service person, our art director walked by. He looked over and said, “Could I have a shot at that?”

He said, “Our new Apple just came in.”

He said, “You approved us buying it.” And he explained to me it was the new computer system.

So, I looked at the customer and asked her, “Do you want us to try?”

She said, “I see lots of pictures up on your walls.” What she saw were pictures of animals that looked like photographs, but that were hand-done. We had done those for large retailers and they had bought lots of shirts at the same time so we could afford to spend the time to do that intricate art that took hours and hours to do. So, I explained that to her. I’m not sure she believed me, but it was the truth.

But Joel took her photograph, and we did a sample. We were so excited and said this will put us on the map in the screen- printing industry. When the customer came in and looked at it, she was extremely happy. She gave us a nice-sized order of those shirts to sell in her retail store. We made the shirts, and she came back a few days later to pick them up. I happened to be downstairs standing in a doorway watching her with the customer service rep when she picked them up.

And this is what I was looking at. I saw them talking and that she’s happy. She was writing a check for the shirts because this was our process. We would get the invoice. She would pay us. Then someone went to get the shirts while she was paying, and we loaded them up for her. She was pleased to get her shirts. During the time she was writing the check, someone came to talk to me, so I turned away and was visiting with someone else in the company talking to them.

With a scowl, she picked up the shirt and holding it up in my face, she demanded, “Look at this!”

I looked at it, but I couldn’t see anything wrong with it. She reached in her purse, and she pulled out a magnifying glass. Now, in the T-shirt industry, there was something called a pinhole. That was when a little bit of ink came through the screen onto the shirt that didn’t belong there. If you saw one, you got a spray and just sprayed it out, and everything would be fine. But if you can’t see it with the naked eye, you wouldn’t know it’s there. However, with this magnifying glass, I could see this little pinhole way down on the right bottom side below the logo on the shirt.

I said, “Yes, Ma’am. I see exactly what you’re talking about.” I looked at the customer service lady and said, “I notice she gave you a check.”

I said, “Could I have her check?” She handed me the check. I got a dolly and someone else to help, and we rolled the shirts out to her vehicle. I loaded them all in her vehicle. Then I looked at her and handed her the check.

I said, “You know, Ma’am. I understand there’s a pinhole in that shirt, but you can’t see it with the naked eye. It’s not going to impact the sale of your shirts. But, you know what? You can have the shirts, and here’s your money back. But let me make something really clear to you. No one cusses at my employees. Don’t you ever come back in my company again unless you’re willing to apologize to her for the way you treated her.”

Now, thank goodness, that particular driveway was paved. Had it not been paved, I would probably have scars all over my face because of how fast she skidded out of the parking lot. She was not happy.

About a week later, I get a phone call upstairs in my office. By this time, we have a nickname for this lady. And they tell me, “Ford, Mrs. “Customer” is on the phone.”

She said, “Best selling shirt I’ve ever had.”

She said, “I really need for you to make some more.”

And she said, “Well, your staff downstairs told me they can’t take my order.”

She said, “But I need more of these shirts.”

I said, “You’re absolutely right. I cannot make you do that.”

She said, “But you’ll make my shirts?”

I said, “Yes, ma’am. I’m happy to make your shirts. All you have to do is come down and apologize.”

“You can’t make me apologize to that woman!”

“No, ma’am. I cannot make you apologize.”

“I really need these shirts.”

“Yeah. All you have to do is come and apologize.”

I could feel her getting angrier and angrier. I said, “Ma’am, let me help you here. We have five competitors in town. Let me give you their names and phone numbers, and you can call them.”

She yelled, “I’ve already called them, and they can’t make this.”

I said, “Yes, I’m aware of that.” I said, “But there are national competitors and maybe they can.”

“I can’t find anybody that can print a picture on a T-shirt.”

She said, “I really need these shirts.”

“Yeah. All you have to do is come and apologize to that woman.”

BOOM! She slammed the phone down in my ear.

I called downstairs, and I said, “Hey, she hung up on me.”

About thirty minutes later, I get another phone call, and they said Mrs. “Customer” is down here. So I went downstairs, and there she was. I walked up and said, “Hey, Mrs. _____.” I said, “Hello, it’s good to see you.”

She said, “Is there any way I can get you to make these shirts?”

And I said, “Yes, ma’am. She’s sitting right over there.”

She said, “You would make me do that?”

“No, ma’am. I would not make you do that. This is totally your choice.”

I said, “That day that you yelled and screamed at her, our whole front office heard it. So they’re all going to hear you apologize.”

“You would make me do that?”

“No, Ma’am. This is totally your choice. If you want to apologize, we make the shirts. If you don’t, we won’t. We don’t do business with people like that.”

She said, “I’ll do it.” We gathered everyone around. She apologized.

I said, “Mrs. ____ said this is one of her highest, biggest selling shirts she’s ever had and she’s out of shirts. And she wants to know when we can make some more.”

And I said, “Oh, man. I should have brought the whole factory up.” Not really. I’m just kidding. I didn’t really say that, but I did say, “She apologized.”

I said, “Yeah. She apologized in front of the whole staff.”

So he walked back over to where the lady was still waiting, and he said, “Ma’am, let me check deeper into the schedule. Right now, we’re about two weeks out. Ford tells me you’re out of shirts, so let me check.”

He left and then came back and looked at her. He said, “Let me ask you something. If I could have these shirts finished by five o’clock today by moving some things around, would you be able to pick them up?”

A tear filled her eye as she looked at him and said, “Would you really do that for me?

He said, “Yes, ma’am. You’re one of our best customers.” At that point, we made a customer for life. We remained calm, responded to her in appropriate ways, and, when she did the right thing, we gave her what she needed and fulfilled her order in a timeline beyond her expectations. She was grateful, and we were able to save the relationship.

This is why I say that the customer is not always right (but they are always the customer) and the customer comes second. You see, what that story shows is that we now not only have a customer for life, but we have employees for life as well. In these situations, the question becomes whether we know how to deal with angry people. As transformational leaders, when we work through situations like this example, we show both our customers and our employees meaningful ways to interact with each other.