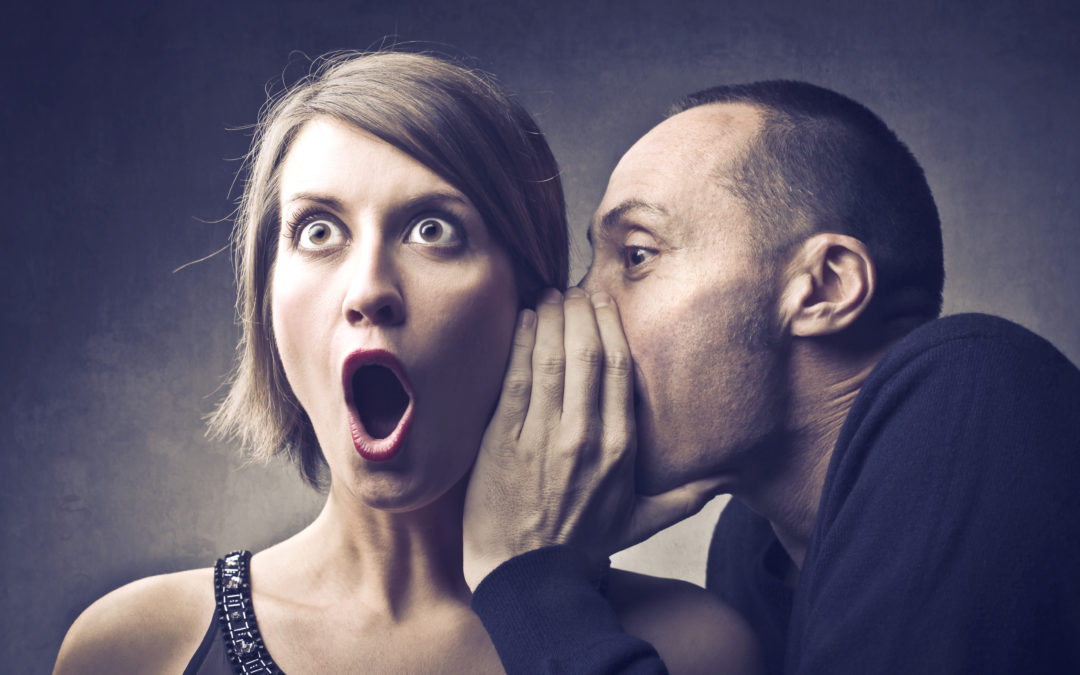 I have a question for you. Do you have gossip in your organization? If you could not raise your hand in the affirmative to that kind of question, you might just be the problem yourself.

You might be asking right now what do I consider gossip. Here’s my definition of gossip: When someone says something negative about someone to someone who is not part of the problem or part of the solution. That’s gossip. And gossip is an epidemic in the workplace and in our relationships. Here are some truths to consider about gossip.

You may have heard it said:

I add to that:

Now, take a minute and mark where you think you are on this list. Then, circle where you aspire to be and know you should be.

How Gossip Is Harmful

Here’s just one of the problems with gossip in the workplace. The average person in an organization gossips. It has been estimated that a person spends a whopping sixty-five hours a year gossiping. Some estimates even say that people may waste as much as ten hours a week. Now, gossip doesn’t happen with only one person. Gossip takes at least two people, so if two people are gossiping an average of sixty-five hours a year, that’s 130 hours a year completely wasted. Now, imagine if a person is gossiping with, say, three other people, just think about the huge amount of wasted time. Look at how productivity is affected.

Those hours spent in gossip are not just wasted, however. They are also destructive. Yes, gossip affects productivity, but that doesn’t even bring into consideration the harm gossiping does to the person it’s about.

Gossiping may be the #1 largest, undiagnosed addiction in our world. For sure, it is the #1 issue that impacts and hinders trust in an organization. The truth is that if someone will gossip to you about someone else, they will also gossip about you to someone else.

Instead of those wasted hours spent in gossip, what we really should be doing is going directly to the person and talking to them in person. Most of us may not have had great experiences when we have gone to someone before. Try going in this posture and see what happens:

The Remedy for Gossip

If we would learn not to take offense and stop gossiping, if we cared enough about the other person to go and talk to them directly instead of about them behind their back, that would help move you into being a transformational leader, and we could change the organization in about forty-eight hours.