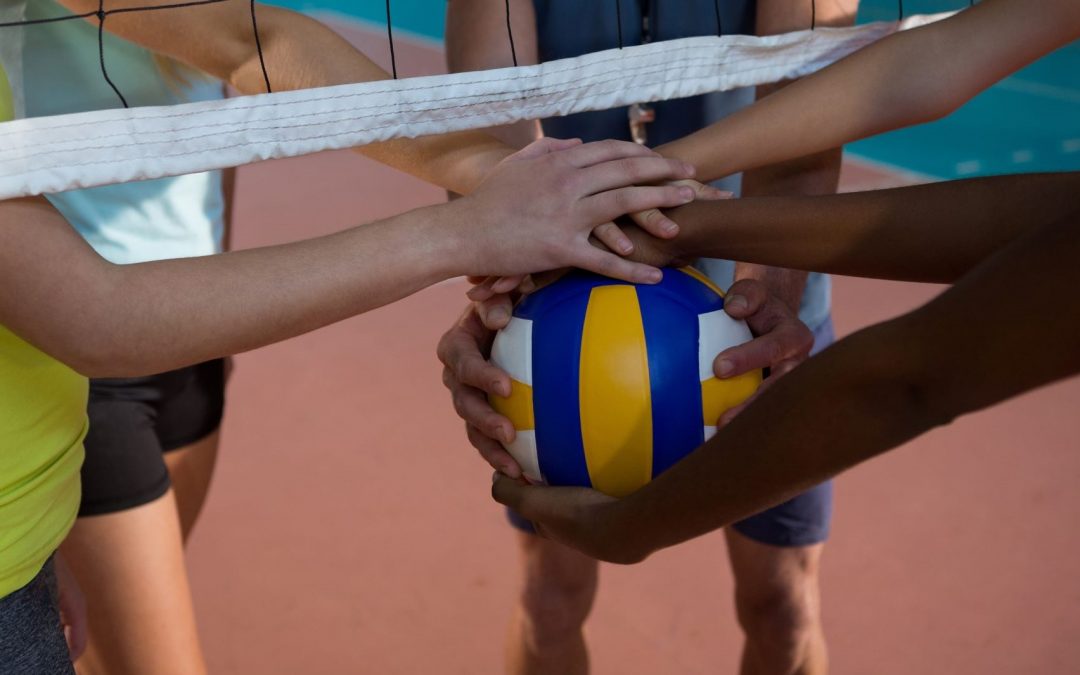 Here’s a real-life example of growing a stage five team. Several years ago, I was asked by the athletic director of the high school our girls attended to coach the volleyball team that would have no returning seniors and only one returning starter. Although I had coached lots of sports teams with some success, he knew I had never coached volleyball before, but he wanted the school to experience some of the tools we teach in Transformational Leadership. I first checked with my daughter who was the one returning starter if she would be okay with my being her coach. She was, so I agreed to accept the role.

The next thing I did was hire an assistant coach who did know volleyball. After the third practice, my daughter asked me if I was sure I wanted to do this. That’s how bad things were. I told her not to worry because we were going to bring the team together Saturday and begin the process of walking through the “stuff,” the tools we teach in companies, schools, churches, government agencies, and families, and begin building a stage five team.

The Visionary Stage, Stage One

This first stage is the Visionary Stage. That Saturday, I was very intentional about each tool in our time together. We put a social covenant in place where we decided, first, how we’re going to treat each other when we’re together, and, second, how we’re going to handle it when one of us doesn’t do what we’ve agreed on. They said if we didn’t do what we’d agreed on, we’re going to go to each other one-on-one. If that doesn’t work, we’ll bring a teammate, and if that doesn’t resolve the issue, we’ll bring it before the team. And if that doesn’t work, they’re off the team. They also decided to write a social covenant for their parents. They decided that if their parents yelled at a referee, the coach, or the player, they must miss one game of a match. If they do it twice, they miss the whole match. If they do it again, they’re out for the season. And they made the parents sign it. All that intentionally set the stage, a building block, for building the team.

We also WADELed which means I welcome them and affirm them (the W); I ask them what their goals are and what they aspire to this year (the A); I open up our time for discussion and their input (the D); then, I empower them by giving them practice time and guidance (the E); and then finally I launch them with encouragement that they can accomplish what we’ve talked about (the L). I then taught them what we call TFA, that their thoughts (the T) cause their feelings (the F), and those cause their actions (the A). I then talked to them about the differences between people’s brains and the way we think, that in some brains everything is connected to everything, like a spaghetti bowl, and that in other brains nothing is connected together, like compartmentalized and separated boxes.

As we walked through each of those tools and wrote our social covenant, we laid a foundation. And that prepared us to practice as a team. Then when conflicts came up in practice, we stopped, very intentionally, and dealt with the conflict. That’s how we got started. That made us a tighter-knit team, and we were able to move into the next stage of building a team,

In the Cohesive Stage, we continued to use the same tools as before and added others like SLOWER, a listening tool that helps guide our listening, first to be silent (the S), then to lean in and listen (the L), to have open posture and ask open-ended questions (the O), to show that we’re willing to be engaged in the conversation (the W), to give good eye contact (the E), and to relax, respond, and repeat if necessary (the R).

At each practice, the first thing I would ask them was to tell me something good as part of the welcome. Then I gave some affirmations. I asked them about the previous practice and what they thought we did well and what they thought we didn’t do very well. As they shared, we would add their ideas to the practice schedule for that day. Although the assistant coach and I already knew what we were going to do, by taking their input, which often matched up to what we had planned for the practice, they became a real part of the planning. When their input didn’t match up with all we had planned, we assured them that if we did not get to all their ideas that day, we would try to get to at least some of them. Then we’d begin practice.

Now in this last match of the year before the play-offs, we were playing for the highest place the school had ever played for. Now, we’re fully in the Relactional Stage, the fourth stage of team building, where no transaction can destroy the relationships among the members and where getting the job done is as important as the relationships that have been built. In this stage, there was no threat. Everyone on the team was accepting responsibility for how they played. They accepted responsibility if they caused conflict. They had learned how to effectively apologize to one another through a six-step apology by stating the offense, by saying they were wrong, by saying they were sorry, by asking for forgiveness, by asking the other person to hold them accountable not to do that again, and by asking if there was anything else they needed to apologize for.

Let’s stop and turn the clock back for a minute. In the first home match, we had a dad on the sideline yelling at his daughter causing her to cry. When he saw me trying to get his attention, he realized what he was doing, got up, and walked out of the gym. He knew he had to sit out for a game. A couple of games later, he was yelling again. I got his attention again. He got up and walked out. When the match was over, I found him and reminded him that he had agreed that if he yelled one more time this season that he was out for the season, that I don’t yell at them, and he can’t yell at them. He never yelled at them again. That was the foundation that had been set early in the season as we progressed through these first stages of building a team.

The fifth stage is the Continuous Improvement Stage. Earlier, one of players came to me and asked if she could share something with me. I said she could if her parents were okay with it, so I met privately with her while her parents were outside. She shared with me how she had been sexually abused when she was younger and that was a part of why she caused so much conflict. Why was she free to share that with me? She trusted me because I had shared what that abuse had done to me, and how it had helped make me an arrogant high schooler and an arrogant man later in life and how that had impacted my family. About two weeks later, when we had a conflict, this girl raised her hand and said that she was the problem. She shared her story with that team. When she told her story, three other girls spoke up and shared their “me, too” story.

Though the school volleyball team had never ranked in the top tier of their league before, that’s how this team of young women high school students went from a place where they didn’t think they could win more than perhaps one match to second place in the league that year, the first time ever for the school. That’s how we grew a stage five team together. And that’s what a stage five team looks like, sharing, interacting, supporting each other, with each person caring as much about the other person and her role as they did themselves and their own role.