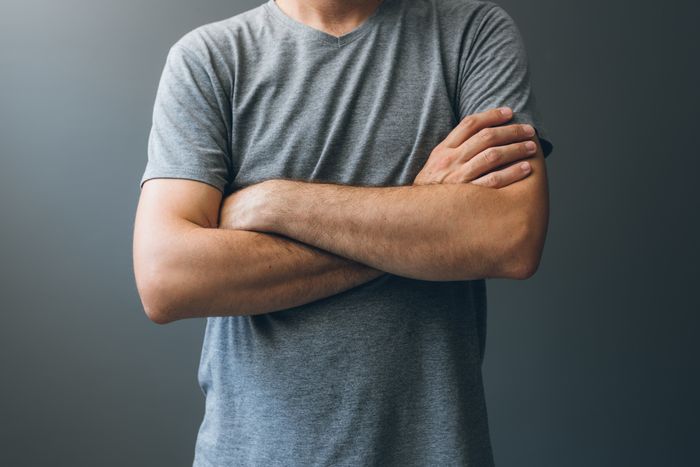 You may have heard that information before, but let me talk to you about its significance. What this means is that if I’m saying one thing and my body language and my tone of voice are not lined up with the words I’m saying, I have no credibility. In other words, my words lose all their credibility if my body language and tone of voice don’t line up. For example,  if I say “Love ya,’” and you see me say that with a crooked, half-smile on my face and a casual shrug of my shoulders and you hear me say that with a light, joking tone of voice, would that really communicate to you that I love you? Would you feel like I’m really saying I love you when I use that casual body language and that tone of voice? I think you would agree that would not communicate what the words are saying. So we have to know that it’s important that our body language, our tone of voice, and our words are all lined up. And when they are, even if what we are saying is bad, we have credibility. When it’s good, we have more credibility.

When Body Language Spoke Too Loudly

When I was in my early thirties, we had grown a company to a fairly good size, and a venture capitalist group came to me, and said they’d like to take a look at buying the company. They did. They ended up buying part of it, and I joined a group of companies that were going to buy other companies like ours, put them all together, and make a bigger company. As we did this, the venture capitalist had the chairman-of-the-board seat and each of us as the CEO of our own individual companies. We would meet on a fairly regular basis and talk about business. During that time, I was the youngest guy in the room, and I was pretty cocky and arrogant. When the other CEOs would say things that I thought were dumb, I would do some things in response. During this time, what I couldn’t understand was that our company continued to be profitable month after month after month while some of theirs were experiencing some ups and downs, which is a normal cycle for most businesses.

One day I got a phone call from one of the men who was on that team, and he asked, “Could I come see you?”

He said, “Did you know that in our monthly meetings when we say something that you don’t think is very intelligent that you do things like this?” And then he shook his head slightly as he tilted it to the side, rolled his eyes, pulled his mouth into a side-ways sneer, sighed, and crossed his arms across his chest.

He said, “You roll your eyes. You cross your arms. Your body language just literally kills us.”

He said, “You know, we had a meeting without you, and we know that we need an operational CEO. Not just a chairman who comes to our meetings, but someone who is actually in the company. We’ve all talked, and you’re the guy. The problem is we can’t work for you, and it’s because of your body language and your facial expressions. Those combined with your height just make us feel too uncomfortable. We just can’t handle it.”

Literally, as a man in his early to mid-thirties, I started crying.  It broke my heart. I had no idea I was doing that. Which meant that I was probably doing that everywhere.

So we went into an office and closed the door. And he said, “Hey, are you feeling okay today?”

I said, “Actually, I’m feeling better today than any board meeting.” And, just as an aside here, actually there’s a reason they’re called “board” meetings.

But, anyway, I said, “I’m feeling better today than any board meeting we’ve ever had. Why do you ask?”

He said, “I make 95% of my decisions based on your facial expressions. And today, you’re not telling me anything.”

And I said to him, “You’ll never be able to hear anything from me again based on those facial expressions.” And I reined in my negative body language as we moved forward.

When Body Language Lined Up With Words and Actions

Then a few months after that, the team came to me and asked me to be the CEO of the whole company. Now at that point, the company was kind of stagnant because we had not been able to grow. And who was I blaming? I was blaming all of them because their companies were showing a rising and declining pattern of results and mine was steadily increasing. In reality, what was the problem? Or, better stated, who was the problem? I learned that my body language and my tone of voice had to be aligned with the words I spoke as the company’s CEO. Once we made that transition, once I made that transition, the team worked together, and we grew the company to what ended up being the largest company in that specific industry in America. And what was bottlenecking, what was holding it back before then? Something as silly as my body language and facial expressions. They really do matter.

As transformational leaders, how we communicate is vitally important, and if our words don’t line up with our body language and tone of voice, we can do great damage. But, if we understand that how we look and how we sound impact what we say in powerful ways, we increase our ability to communicate well.