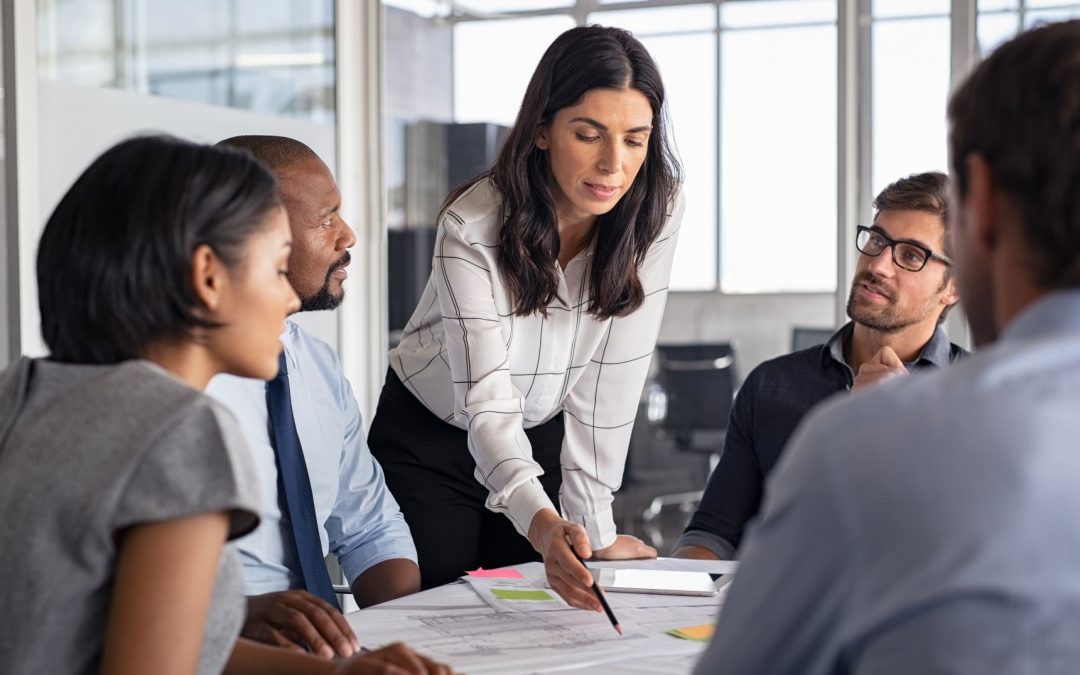 Let me share a story with you, but before I share it, let me ask you a question. Have you ever been at work and thought to yourself, “I’m working really hard and the person next to me isn’t working that hard, so what difference does it make whether I do or not.? Have you ever worked in an organization where you tried to have a really good attitude, but the people around you or a person you worked with didn’t have a good attitude? And, therefore, you think why should I keep my good attitude? Or, how about this situation? You’re the person who is on time for work every day, but someone else comes in fifteen minutes later every day and you think why do you have to be at work on time? Then, all of a sudden, even those good people like you begin to drift into what we call the lean-outer category

In an earlier blog, I described the four concentric circles of people in an organization. The Inner Core is at the center which would be the leadership and management team. The next group of people surrounding that circle of leadership would be the Core. They are the people who are totally committed to the company and typically report to someone in the Core. The next circle of people surrounding those two circles are the Lean-Inners. They are people who are looking in and thinking they want to be a part of the central vision of the company, but, for one reason or another, have not fully committed. The last group of people that we call the Lean-Outers are in a circle surrounding all the others, and they have no intention of ever fully committing to the organization.

Let me tell you a story. We bought a company a few years back and when we bought this company, they were about a $60M company, and they were not doing well. One of our focuses at that time was to buy broken companies, fix them, turn them around, build a management team, and let them run it using the tools we would teach them. On the first day in this company, we were teaching some of those transformational leadership tools that we use to turn companies around. We had a break about half-way through the day, and one of the people in that company, actually the vice president of sales, called me into her office. When she did, she threw her company keys on to the table. I know what that means. You know what that means. So I picked up her keys, and I said, “Ok, go ahead and clean out your office and be out of here by five o’clock today.”

And she said with a shocked look on her face, “What?”

I said, “Well, why did you throw your keys on the table?”

She said, “That means I quit.”

I said, “Well, that means you don’t have a job here any longer, so go ahead and clear out your office.”

She then said to me with a confident expression, “You can’t do this without me. Do you realize out of the $60M in sales that we have, I personally generate $55M of that? Those are all my relationships.”

I said, “Well sure, I know that. We did our due diligence before we bought the company. Absolutely I know that you generate fifty-five of the sixty.”

And she said, “Well, your way won’t work.” When she said that, I’m thinking to myself that we wouldn’t be here if her way was working. We had bought her company because her way was not working.

So I said, “Then why would you want to work here. If my way won’t work, you should go ahead and leave. And I’m ok with that. So go ahead and clear your office.”

She then started crying. She said, “Where will I ever find another job that pays me $250,000 a year in base pay plus commission?”

And I said to her, “You probably won’t.”

Then I said, “But you just met me today, so I’m going to do something with you that I’ve never done before. I’m going to give you your keys back with two stipulations. Number 1, if you ever throw them on the table again, you’re gone. And number 2, if I ever hear from anybody that I gave you your keys back, even including your mother, you’re gone because we don’t do business this way. We don’t accept this way of doing business. We do something totally different from this.”

And she said, “I got it.” About three months later, guess what she did. In a moment of anger, she threw her keys on the table again. I guess her epinephrine kicked in.

Leaning a Lean-Outer on Out

I reached out and grabbed her keys. When I did, she tried to get to them before I did and scratched my hand in her rush to pick them back up.

And I said, “Young lady, you’re gone. We do not do business this way.”

Within about three months of her being gone, we reduced the sales by $5M and increased the profits by 11 percent.

You see, many times those people whom we call lean-outers are the problem. But everybody in the old company, including the old owner, the old president, believed there was no way they could do this without her because she generated so many sales. But the reality was she was a problem.

If we deal with those lean-outers, guess what. Everybody else jumps on board. Their sales went up at a higher profit margin in this particular case because she wasn’t the one getting to do whatever she wanted to do in sales any longer.

As we learn how to deal with those lean-outers, our lean-inners lean in and join us. They see that the lean-outers won’t continue to get away with their old, disruptive ways and will be held accountable. That encourages the lean-inners that the company is a good place to be.

As transformational leaders, when we have the courage to use the tools and ingredients of the transformational leadership we are talking about, it isn’t hard to lean the lean-outers out. Then we see increased and positive relationships among the Inner Core, Core, and Lean-Inners, and we also see increased efficiency and profitability in the bottom line. We have a much greater possibility of leaning the lean-inners on in if we lean the lean-outers on out. So let’s learn how to deal with those lean-outers so our lean-inners join our core.