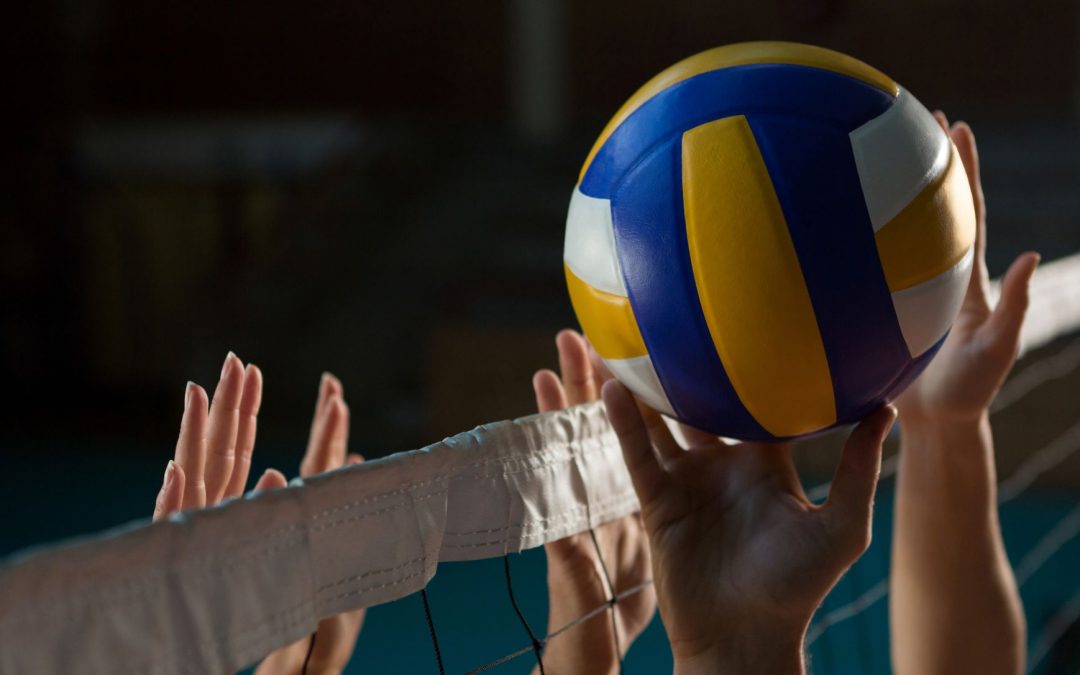 Let me share a story with you where we applied the transformational leadership tools and built a Stage Five Continuous Improvement Model organization so you can see in practical terms how we progressed from a Stage One Visionary Model.

A few years ago, I got a voicemail from our daughter’s athletic director saying our volleyball coach had quit and would I take on the varsity volleyball team even though he said he knew I had never coached volleyball and I didn’t have time, but that he knew the results of what we did. When I called him back to agree on both those counts, he said the team had no returning seniors, only one returning starter, and was projected to get last in the league. After I talked to my daughter who said she wanted me to be the coach, I accepted the role.

Beginning with a Stage One Visionary Organization Model

After the third practice, I brought the team together to begin walking out the Transformational Leadership tools we teach in companies, schools, churches, and even prisons. I knew we might not have a great winning season, but we would still have a good season.

The first thing we did that Saturday was to put a social covenant in place that identified how we wanted to treat each other and how we would handle it when one of us didn’t do what we had agreed on. As we wrote our social covenant, we laid a foundation that enabled us to have successful practices. Then, even when conflicts arose, we stopped the practice and dealt with the conflict right then.

In all our meetings, we WADELed which is where we Welcome, Ask Questions, Discuss, Empower, and Let Go. In that first meeting, I asked the team what their goals were and what they aspired to that year. We explained how their brains work, that their thoughts cause their feelings and their actions. We shared with them the difference in most men’s brains and most women’s brains. We are always very intentional in using these tools, and that’s how we began team building.

As we continued that team building, we became a tighter-knit team. Then we were able to move into that Cohesive Stage by continuing to use those same tools and adding others. I taught them how to use the SLOWER listening model, letters that stand for silence, lean in, open posture and open-ended questions, willingness to be engaged, eye contact, and respond and repeat back. And I modeled that to them when we talked.

We started every practice by asking them to tell something good going on, and we’d do some affirmations. Then I might say something about yesterday’s practice and ask them what they thought we had done well and what they thought we hadn’t done well. Both the assistant coach I had hired who understood volleyball and I already knew what practice would consist of, but we took their input that often matched up with ours, and we’d tell them we might not get to all of their input, but we’d try. Then we’d start practice.

As we incorporated all these tools in practice, we were able to move into what we call the Functional Responsibility Model so they understood clearly ahead of time how some things would work. Here we began to work on role clarity, who was going to play which role, who was going to play where, who was going to be an outside hitter, a middle hitter, a right-side hitter, and who was playing defense. As we defined role clarity, I told the team, though I was the head coach, that my daughter, whom they had elected as captain, knew more about volleyball than I did and, if I told them to make an adjustment during a game and then if Quincy told them something else, to listen to her.

They also wanted to write one for their parents. They said if their parents screamed and yelled at the referee, the coach, or the player that they had to miss one set, one game out of a three-out-of-five match. If they did it a second time, they would miss a whole match. And if they did it again, they would be out the whole season, and they had the parents sign the agreement.

The team had been projected to win only one match out of twenty-three that year and was finally ready to play the last match of the season. This team had played us earlier in the season and had destroyed us. The winner of the current match would get second place in the league, something no team in our school’s history had done.

The other team won the first game, and, even though we hadn’t even gotten close to beating them earlier in the season, we won this second game. They also won the third game, and in the fourth game, we were down by five points. Whenever we called time outs, we would do things like dance in the huddle as we had done throughout the season, and we would give the team specific instructions in an affirming way without screaming or yelling at them on what to do to cover the floor and change the game.

On a side note, earlier in the season in our first home match, a dad on the sideline had yelled at his daughter causing her to cry. When we waved at him to remind him he had agreed not to do that, he got up and walked out. He knew he had to sit out that game. When he returned a couple of games later, he began yelling again. We got his attention again and reminded him after the game that he had signed an agreement that if he yelled one more time he would be out for the whole season. We also reminded him that he had also agreed that he would then have to get counseling. He never yelled again at the team. That was part of the foundation that was set as we went through these stages of organization models.

Progressing to Stages Four and Five, the Relactional and Continuous Improvement Organization Models

At this point, even though we were playing for the highest place the school had ever played, we had fully moved into the Relactional Model and probably even to the Continuous Improvement. Why? No one felt threatened, each player accepted responsibility for how they played, and they had learned how to apologize to each other and the consequences if they caused conflict.

In the time-out we had called in this fourth game of the match, we pulled the team over to the side and told them to take a look at the other coach and how mean she was acting and how upset her players were. We told our girls that if they’ll go back out and play really hard, dive for every ball, and not let anything hit the floor, the other team will get more frustrated. Since we had already beaten them one game, they wouldn’t know how to handle that because they were supposed to have dominated us. We told them if they could get the next five points that their coach would go off the rail, kick her chair, throw her clipboard, and start screaming at her players. When she did, her players would tune her out. I had explained to them how some people’s brains work in a heated argument and that those people will then be completely unfocused on volleyball.

The girls all laughed and returned to the floor. They actually won the next five points, and the coach did exactly what we had expected. Our team all looked over at us, and we told them that now we had the other team right where we wanted them. We not only won the match, but the team had the best record in the school’s history by coming in second place in the league.

During that season, one of the young ladies who had caused conflict on the team came to me and asked if she could share something with me. When her parents said it was okay, I met privately with her while they remained outside. She shared she had been sexually abused when she was younger. She felt free to share that with me because she was able to trust me because I had shared my own story with the team and what that had done to me, how I had become an arrogant high school teenager and adult, and how it had impacted my family.

About two weeks later, when we had another team conflict, she raised her hand and admitted she was the problem, and then she shared her story with her teammates. When she did, three other girls immediately said they had also been abused.

The result of getting that “stuff” out and off of them helped them become better volleyball players, better teammates, and able to trust each other. They were able to move into a Stage Five team where they could work, practice, plan, and play together. They learned that everyone’s opinion on the team mattered. They saw we actually used the social covenant to hold people accountable.

None of these tools were easy things to do. These are not “soft” things, but they helped us win more. They also help make more money in a company. That little team of young women, high school students, went from a place where they didn’t think they could win more than one match to where their names and achievement actually hung on the wall acknowledging how well they had performed.