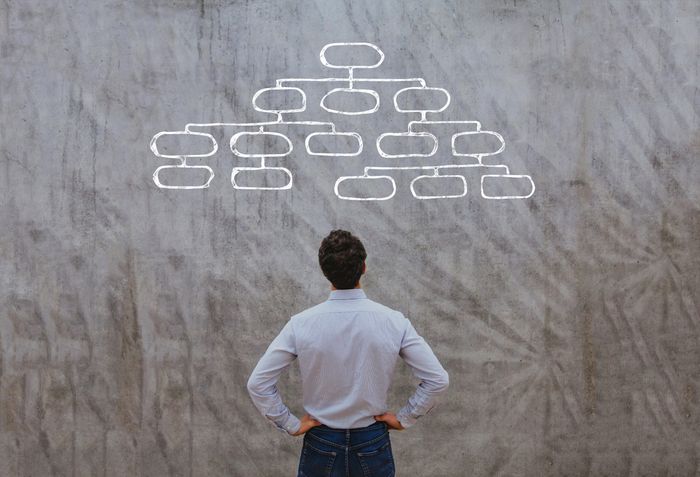 Let’s talk about organizational models. I’d like to talk about those models and how they line up with the qualities and skills of a leader, the definition of a leader, and the purpose of leadership. First, we’ll connect organizational models with those qualities and skills that make a leader someone we want to follow, qualities such as, to name a few, being a visionary, caring, a good communicator, humble, consistent, decisive, a delegator, empowering, wise, compassionate, honest, approachable, a good listener, enthusiastic, and someone with integrity and a good sense of humor. Next, we’ll show how those organizational models connect with the definition of a leader as being someone who is willing to lay down their life for those they lead or influence. Finally, embedded within the description of each organization model, we’ll make the connection within the organizational models with the purpose of leadership that we call VSTTEELE, an acronym that means V for cast Vision, S for Serve, T for Teach, T for Train, E for Equip, E for Empower, L for Let Go, and E for Evaluate.

Then I’ll talk about the five organizational models and show specific tools, ingredients, and behaviors that will help you and your organization move through those models with the five stages of building a team. As we continue in this discovery, you’ll not only know what a Stage 5 Team is, you’ll also know the tools, ingredients, and behaviors to not just know the what, but to also know the how to have your own Stage 5 Team and how to build a Stage 5 Team in every sphere in which you have influence.

Qualities and Skills of a Leader

If you answered yes to those questions, here’s what you’re seeing. You’re seeing someone who likes to be in complete control of their whole organization, and the other people in the organization are not much more than puppets with strings being pulled by the controlling leader. And that kind of leadership can lead to distress and anxiety on the part of others in the organization which leads to anger. That kind of leader can cause harm or hurt to those whom they lead.

We call that the schizophrenic leadership model, demanding and angry one day and happy-go-lucky the next. The organizational models, tools, and ingredients we’re about to share will bring balance to those leaders and to their organizations.

In these organizational models we teach, most people choose one of two models. They choose the one that’s called top-down which is very command control. It’s the one that says everything has to go through the leader because the thinking is “I’m in charge, and you’re going to do everything I tell you to do.”

There’s another model called the Servant Leadership Model, and it’s a bottom-up type of leadership. Now that one doesn’t work very well either. Often there’s dysfunction because there’s low accountability. The people really aren’t functioning well, but everybody gets along pretty well.

Those two models are pretty much in contrast to one another. Most leaders are either command control with complete control or servant leadership with a bottom-up style of leadership. Those bottom-up leaders are actually passive aggressive, but generally silent. They don’t lead in a strong way.

What if we took those two models, and instead of throwing them away, let’s rename that first model. Instead of calling it top-down and command/control, let’s call it the Visionary Model where the leader casts vision, the V in VSTTEELE. Then what would happen if, once they cast the vision, we turn that model upside down, and now we’ll still call that the Servant Leadership Model because the leader now understands their role is to serve by doing the TTE in VSTTEELE, to Teach, Train, and Equip people to move toward that vision.

As you think about these models, picture the functions and responsibilities in your mind contained in circles with lines representing relationships connecting the various function circles. What would happen if we blended those two models, and all of a sudden, this new model looks very different from top-down or bottom-up. It looks more like an organism with the circled areas of function tied and connected to each other with relational connections. Now we call that model the Functional Responsibility Model, where leaders Empower and delegate and then Let Go, the second E and the L in VSTTEELE. The leader empowers their people and then lets them go do what they have been empowered to do.

The reason we call it Functional Responsibility is because the CEO is still the CEO. The department manager is still the department manager. Mom and dad are still mom and dad. Here the definition of leadership really is acted out. These leaders are willing to lay down their agenda for those they lead and influence. In this model, these leaders are trying to gain consensus but, if they can’t, they’re still responsible to make the decisions. When you look at this model, you still see the roles and responsibilities in the function circles, but they are connected by those lines of relationship with every function and department circle. The skinnier and the longer the lines are that connect the different departments and functions, the less the relationships. The closer and the thicker the lines, the closer the relationships.

As we build closer and closer relationships in this model, we’ll find we’ll move to a fourth model where leaders still cast vision, serve, teach, train, equip, empower and let go—one we call the Relactional Model where the transaction and the relationship start coming closer and closer together. It’s built based on the strong relationships that get the job done. What happens here is that now the sales department wants to work alongside the manufacturing department. In any organization, whatever they are, those areas that have conflict, now through relationship, want to work together because they realize that, as an organization, they’re much stronger working together than they are with top-down or bottom-up leadership.

If we stay in that Relactional Organization Model long enough, those circles of function start intersecting and overlapping each other because the lines of relationship are that close and that deep, and that becomes the Continuous Improvement Model. Whatever the organization is, what happens in that organization is that each of those leaders who are responsible, who are the department heads, or the CEO, or the vice president of sales, start caring as much about other areas and departments of the organization and their success as they do about their own, and they start communicating. When they communicate and start caring about one another, we call that the Continuous Improvement Model. What happens here is Evaluating. Now we’re looking forward to growing the organization instead of always thinking downward and backward.

As we think about these five organization models of Visionary, Servant Leadership, Functional Responsibility, Relactional, and Continuous Improvement, we see leaders who are people we want to follow because of their skills and character traits, and we see the purpose of leadership grow to a willingness on their part to lay their lives down for those they lead and influence. We see leaders who literally do cast vision, serve, teach, train, equip, empower, let go, and evaluate. When we operate in this Continuous Improvement organization model, the stress level goes way down because the teams are functioning together far greater than they would if I’m yelling and screaming or if I’m not doing anything because, in this Continuous Improvement Model, people are being held accountable. We have role clarity, job descriptions are clear, and everyone says, “Let’s all move forward together and create a continuous forward momentum,” and we are becoming the transformational leader that we aspire to be and one who will dramatically impact our organizations.