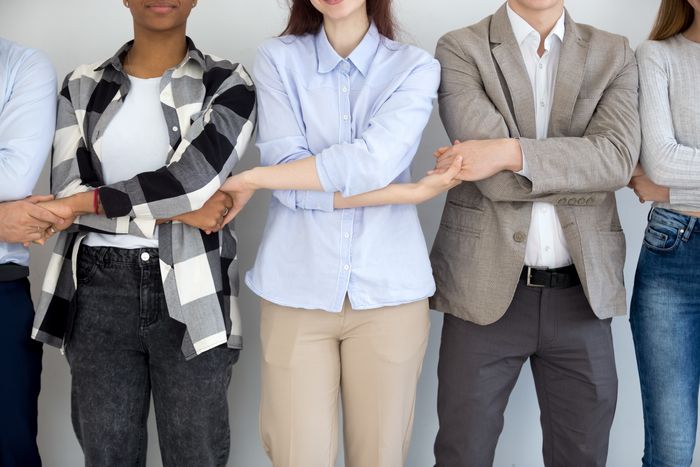 Before we even start, let me say something. You may be feeling that you’ve heard this information about organizational models before. You might be thinking all this stuff is information-overload and just uses a lot of words. My guess is I might be feeling that way, too, if I were sitting right there with you.

Five Organizational Models Overview
So let’s just talk briefly about what organizational models look like. For just a few minutes, let’s review the five organizational models we’ve talked about before. If you recall, the first one is the Command/Control Model where the leadership is top down. The leader uses his authority to be in complete control of everything, even the most minute details. The next model is the Servant Leadership Model where the leader uses a bottom up leadership style that results in lack of strong leadership. Without that leadership, the people in the organization don’t have a clear focus or direction.

Even though these two models are the least effective, they are the most often used in organizations, so we think the Command/Control Model would work better if, first, the leaders let go of their control. Then we can change the focus of this model and call it the Visionary Model. In this model, the leader is still the leader, but their bigger responsibility of leadership is to cast vision for the organization. Then their people know where the organization is going and what’s purpose and focus are. The Servant/Leadership Model is still the Servant Leadership Model, but it can also benefit from a change in focus so that the leader still serves, but now they take an intentional leadership position. Now their leadership means they teach, train, and equip their people so they know their roles and responsibilities.

The third type of organizational model is the Functional Responsibility Model where the leader continues to cast vision and where leaders teach, train, and equip. In this model, they also empower and let their team members go fulfill the role they are supposed to fill for the organization. Both the leader and their team members are much happier in their roles and in the work they do.

We call the fourth organizational model the Relactional Model, a model where both the transactions and the relationships are functioning well. That’s why we call this model relactional. All the responsibilities of leadership are still happening, but now relationships have developed among the various departments and roles, and those relationships are making connecting lines to the various functions in the organization so that the sales department and the fulfillment department are working together to complete their required transactions. They are doing so now because of the stronger relationships that have been built.

Command/Control in a Business Setting
So let’s talk about what these organizational models would actually look like, what they would look like in a business. Let’s talk about a sales department and a production department and what they might look like in each of these models. Let’s start with Command/Control. In this model, the boss has said, “Here’s the price and here’s the delivery date.” The salesman goes out and sells at that price, or the customer says they have to have a lower price. So the salesman goes back to the boss who makes all the decisions, and they tell their salesman, “You can sell it for less, and you can sell it for a faster delivery time.”

Then the sale goes back to production. They look at their schedule and say, “No way. We can’t at that time.” Now, we have an argument going on, and there’s this constant battle about delivery time and price.

Servant Leadership in a Business Setting
What does that situation look like in the Servant Leadership Model? The salesman wants to sell the product at whatever price they decide and whatever delivery time they need. The boss doesn’t care. They just say, “Hey, you just go do what you need to do.” Then production gets the order and they’re saying, “You know, I don’t have to meet that delivery time. It’s not a big deal, so I’m just going to deliver it in the schedule whenever I can.” Same process. But boom! Conflict comes.

Functional Responsibility in a Business Setting
Now what does that Functional Responsibility Model look like? All of a sudden, they’re starting to realize, “You know, the problem here is we’re not getting along very well. And we don’t have role clarity. Who really has the responsibility? Who has that final, ultimate responsibility of what the price is and when the delivery date will be? Now, through relationship in this model, we start talking about that. It may not be quite clear yet, and we’re still going to make some of those same mistakes in this model, but we’re getting closer because the relationships are building. Now, through stronger relationships, even when conflict comes, we can resolve the conflict. As we do that, the relationships get even stronger.

Relactional Model in a Business Setting
What does this situation look like in the Relactional Model, in that fourth organizational model stage? Now all of a sudden, people are saying, “You know, we trust one another.” They know everybody is in the right role, in the right place, and they want to do what’s best for the organization. Now when someone has a problem, they can be up front about it. Because of the strength of their relationships, they can say, “I have to admit I might have made a mistake in selling it too fast. I should have talked to you first.” Then an apology takes place, and they learn from that relactional interaction because the transactions and the relationships are working together. Now we see people able to admit their mistakes and taking responsibility. Now they can say, “I didn’t come and talk to production before I changed the delivery date. I didn’t let anyone know that I sold it at a lower price.”

Continuous Model in a Business Setting
Now what model does that move us to? Now, we’re at the Continuous Improvement Model. What happens here? Now we’re meeting before the sales call is made and before the production schedule is made. And we’re making those decisions together. If we can’t agree, if the head of sales can’t agree with the head of production, then the CEO steps in and says , “You know, I’ll make this call. It’s my responsibility, and this is what I’m going to ask you to do.” Now, all of a sudden, what happens? Now, all that conflict that’s been going on disappears. Now, all that time wasted in conflict is saved. What’s the result of all this increased interaction and relationship? Sales go up. Production gets faster. We have more clients because we are working together.

As transformational leaders, we can make an impact by not only fulfilling our roles and responsibilities, but also by building strong relationships among the people and the departments with whom we work and interact. And we can help move our organizations into this fifth organizational model, the Continuous Improvement Model.