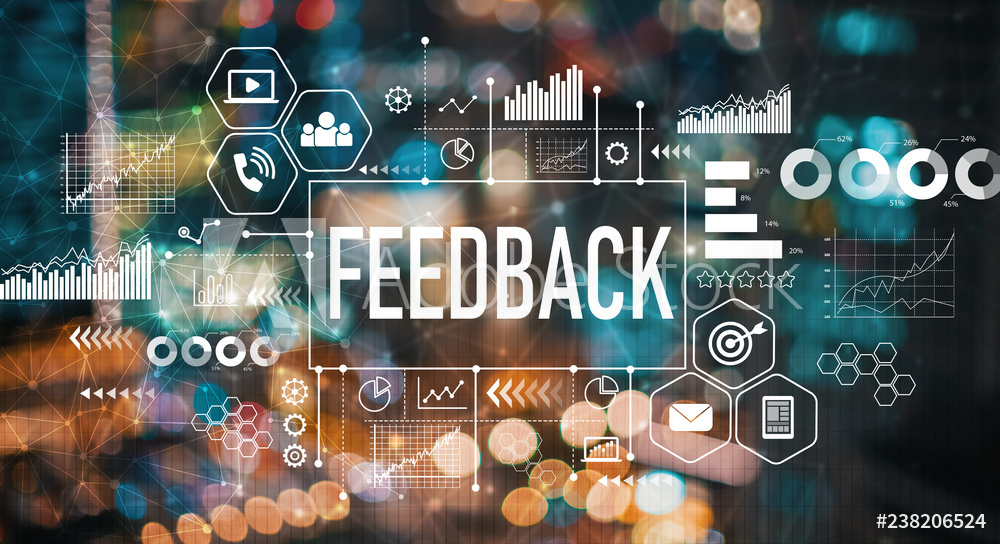 If you answered yes, that’s great news because I agree with you.

Why All Feedback Is Relevant

If you answered no, think along with me and see if you might change your mind as you read what I’m about to share. I think that all personal feedback is relevant, and here’s why. One reason is that research shows that once our personal identities are formed, once they are set and established, if we get feedback that is already in our identity, it goes right in and it builds on top of what is already there, what we already believe about ourselves. Feedback that we believe reinforces our thoughts. If we get feedback that we don’t believe and that is contrary to what we believe about ourselves, we tend to reject it. So, it’s important to be open to feedback that we may not believe to be true just in case it is true. This applies to both negative and positive feedback.

Such feedback, both positive and negative, is also relevant to the relationship we have with the person who is giving us feedback. It could be so relevant that it helps us make a decision about whether we want to stay in relationship with that person.

Feedback is also even relevant to us personally, to maintaining our own character and to building our character. If we were driving down the road and someone shouted out something angry at us, that person’s “feedback” about our driving would show who we are as leaders based on our actual response or our lack of response. As leaders, how would we want to respond in that situation? Our response or lack of response could determine the level of influence that we have with someone who might actually be watching and would see how we respond. So, while all feedback is not true, I believe that all personal feedback is relevant.

I’d like to share a couple of stories with you where positive feedback has made a personal impact on my life. Sometimes the hardest feedback to receive could be between a man and a woman, between a husband and wife, or between two family members. Sometimes, that can be the hardest feedback to receive. During a time I was cheating on my wife, we went to a marriage conference. I wanted help. I didn’t know where to go, so we went to this conference where we were told to go to our spouse and each of us tell our spouse one thing we wanted them to change about themselves. My lovely bride looked at me and, because during this season I was traveling all the time I had put on about sixty pounds, she said to me that she wanted me to lose some weight. Based on my self-identity, what I heard was you’re fat and ugly and I don’t want to be with you. Because that’s the way I felt. But what she really meant was, “I love you. I want you to be healthy. I don’t want you to die at an early age.”

You see, if our self-identities are messed up, we may reject feedback because we hear something very different from what is being said. Once I understood what she said, it had a whole different impact on what I heard based on what was in my self-identity. Why? In my childhood, I was a little “fat boy.”  Why was I a little fat boy? I had been sexually abused, and what did I do? I ate. Later, I lost the weight, but then, as I put it back on through the travel and the stress, when my wife said she wanted me to lose weight, I heard something very different than what she said. But that feedback was very relevant even though my epinephrine went up and I responded in a negative way. Now, she can give me that feedback, and it’s fun to receive her input because I know she’s giving it to me because she cares about me. We would never find that out if we weren’t willing to offer that feedback and to receive the feedback.

I had a very dear friend once who actually called me his best friend. This man was really a negative personality, and I was trying to help him with that, but I wasn’t getting very far. So one morning as we were having coffee, I looked him in the eye and asked him if he believed that I loved and cared about him.

He said, “Absolutely. I believe that.”

I said, “Is there anything I can’t say?”

He said, “Absolutely not. You can say whatever you want.”

I said, “Brother, the truth is you are Eeyore. You are a downer. You empty my tank. You drain me every time we’re together. The reason you drain me is you ask for counsel and you don’t use any of it. Your marriage isn’t any better. Your relationships aren’t any better with your kids. And I just can’t do this anymore. You are always focused on you. You never ask me about how I am doing or about how my family is doing. I can be your friend, but I can’t keep giving you counsel that you don’t listen to and at least try.”

He immediately started tearing up and just wept. He said, “No one’s ever said that to me before.”

I said, “I have news for you. If you go ask your wife and your children, they’ll confirm it. And if they confirm it, the question is are you willing to change.”

He said, “If I am willing to change, can we keep meeting together?”

The very next meeting we had, he came in and the first thing he did was start asking me about me, about my wife, about my children, about my company, and how we were doing. Because I was willing to be honest with my friend, his relationships changed, and his wife and his children and his friends are all very grateful. Now, we are dear friends and our families are dear friends.

When we go to someone because we love them, even knowing that we might be wrong, if we are willing to share feedback because we care about them, we can contribute to building honest and trusting relationships. When we meet each other with forgiveness, we help both parties, us as the giver of feedback and as the receiver of feedback and the other person as the giver and receiver of feedback, to grow and overcome areas of which we might not be aware. We can have a positive impact on people’s lives even if it’s negative feedback.

So all feedback, for me, I believe, is relevant. As transformational leaders, when we offer and receive honest feedback encased in care and humility, we help to change the parameters of relationships of which we are a part and to build organizations that are responsive and dynamic.