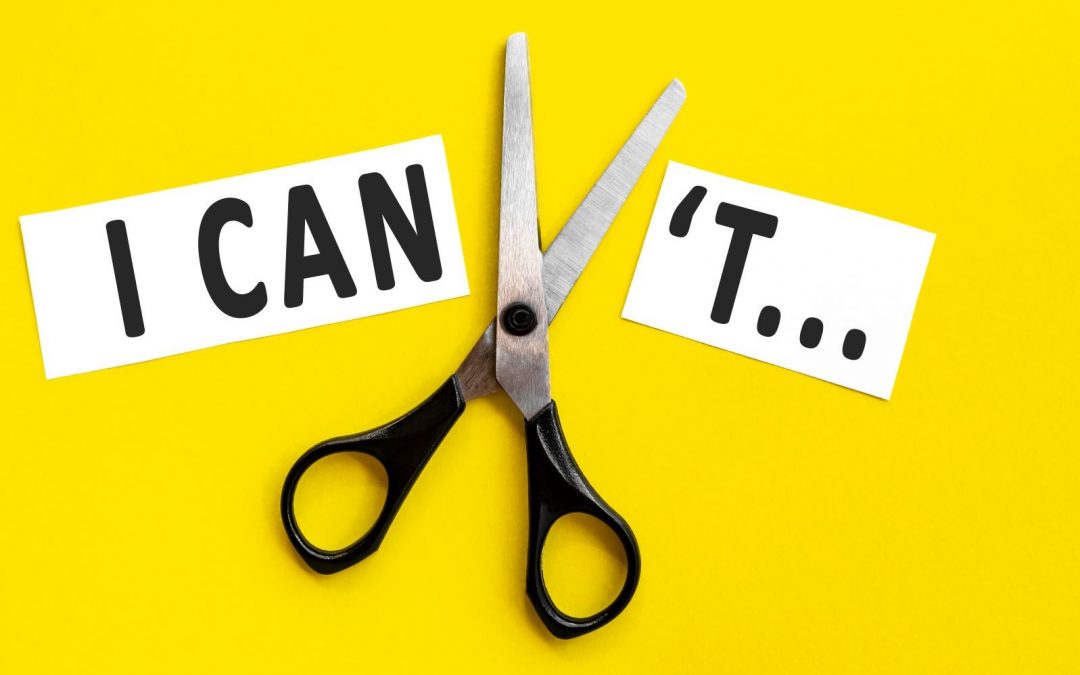 Let’s talk about something called self-handicapping statements. Let me ask a question: Is it possible that we make statements that might handicap us before we even try something?

You might be asking what a self-handicapping statement is. It is a public declaration that a handicapping situation exists before an event takes place. Do you ever do that? Do you ever make those kinds of statements? I know I do at times.

Here are some questions: What would happen if we didn’t make those kinds of statements? Do we have self-handicapping thoughts? Are any of those statements or thoughts tied to our hippocampus, our self-identity, or our core beliefs? Are any of those connected? I believe they are.

What would happen if we reduced those?

A Self-Handicapping Statement to My Daughter and Her Feedback

Let me tell you about a self-handicapping statement I made with my daughter and the feedback she gave me. We were at this theme park and she was very young, about seven years old, and we were riding the different rides for seven-year-olds. As we walked through the theme park, we went through the midway and arcades, the part where you win the animals and you play the games. As we were walking, she was holding my hand. When we went past one of the booths, she pulls on my hand and says, “Daddy, would you win me one of those teddy bears?”

I looked at the booth and it was the place where you throw a football through hanging tires. And I said, “Well, you know, Darlin’, Daddy hasn’t thrown a football in a long time.”

How’s that for a self-handicapping statement. The fun part of that situation is that the feedback came when I threw the ball. I threw the ball and, guess what? I didn’t make it. As soon as the ball didn’t go through the tire, my little girl looked up at me and said, “Daddy, that’s okay. If that ball hadn’t turned sideways, it would have gone right through that hole.”

That was some pretty good feedback. She was trying to make an excuse for me. She meant what she said, and it was fun. But the self-handicapping statement? Who knows? Maybe I would have thrown the ball more accurately if I hadn’t already handicapped myself before I even threw the ball. So be careful. We all make those self-handicapping statements at the strangest times and we often don’t even realize we’ve made them.

A Self-Handicapping Statement to My Team

We have talked before about whether all feedback is relevant and how we can share even negative feedback with our teams. One day, I was actually teaching this Transformational Leadership course, and I happened to be coaching a volleyball team for our daughter’s high school. Right after teaching about self-handicapping statements a little earlier, as I was walking out the door, I turned around, looked at the room full of people and said, “Hey, if any of you happen to pray, please pray for us tonight because we don’t have a chance to win these games.”

Why Feedback Is Important

We went to the game that night, and we played our matches. The next morning, I returned to our training meeting with the group I was teaching. A man was there with me leading some of the training because he knew I had to leave early and had taken over after I left. When I walked in that next morning, he walked over and said to me, “Can I give you some feedback?”

And I said, “Absolutely.”

Pause for a moment and think with me about how good it is to have a team that would give you feedback like that.

Why an Apology Is Important

The next thing I said was, “I was wrong in making that statement because I had taught you about self-handicapping statements, and then I actually made one, and I am sorry.”

Then I asked the class, “Would you forgive me for doing that?” And, of course, they all yelled yes.

By the way, what I didn’t share with you yet about my apology was that I was on my knees saying these things because I felt so deeply I couldn’t teach something and then do the very thing I had cautioned us all not to do as I walked out the door. The next step in my 6-step apology was this: “I give you all permission to hold me accountable for the rest of this class and any time you ever see me not to do that again.”

The final part of my apology was to ask them if there was anything else that I might have done that was a problem. One man raised his hand and said, “I’ve got something else.”

He said, “I want to know how the matches turned out.”

He said, “Well, hang on. You asked us if there was anything else. So I want to know how they went.”

I said, “Because we won them both.”

What my admission clearly laid out was that I had clearly made a self-handicapping statement.

I encourage you to think about this. Do you know of some areas that perhaps you handicap yourself in now? Is it a statement that you make regularly? If so, write it down. Take a look at it. Share it with someone. Ask them to tell you if they hear you make that comment so you can learn not to make that statement any more.

Look how all these tools can work together to help everyone become transformational leaders. If you have a team of people who want to become that kind of leader, look how quickly they come to you and offer feedback, how quickly an apology gets forgiveness, and how quickly you can admit you were wrong if you have that kind of leadership with your team. When we work with other people who are willing to tell us if we make a self-handicapping statement, I believe we will reduce those kinds of statements. Teams and leaders who operate with these leadership tools will increase their performance levels and improve their relationships.