The Social Covenant and How to Approach Others 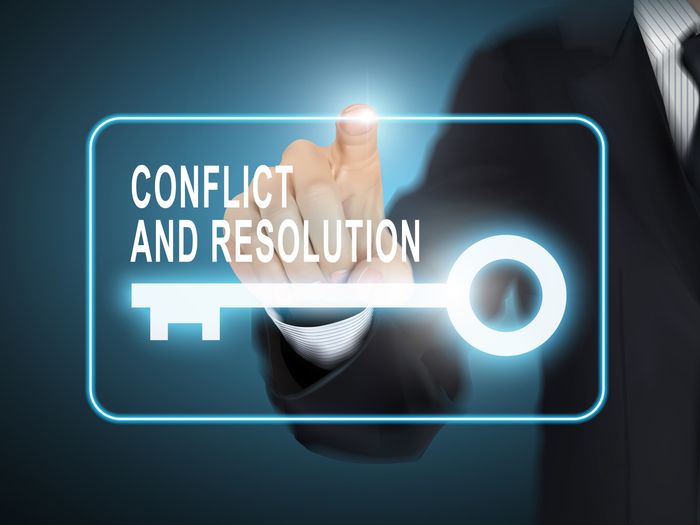 When conflict enters any organization—that is, any time two or more people are in relationship—it not only makes it difficult relationally, but it can also cause the organization to underperform. A tool that we in Transformational Leadership call the social covenant can help you to resolve any type of conflict you may encounter in your organization. Here’s how to create a social covenant.

How to Establish a Social Covenant

First, sit with a team member, your entire team, or your family, and ask this question: “When we’re together, how do we want to treat one another?” Write down a list of words that describe how you want to treat each other. You may write words or phrases such as respect, honesty, positively, encourage one another, etc. Be sure to give everyone enough time to add to the list.

After you agree with your team member(s) on how you’re going to treat each other, ask this question: “How would we want to deal with it if one of us broke that agreement?” Or, “What process would we use to resolve the breaking of that agreement?” This section of the social covenant should clearly define action steps that would be followed if the social covenant is broken. Again, take time to let everyone participate in contributing to the process everyone thinks would be best to implement.

Remember that the process of dealing with conflict is not a process at all if it does not include some form of accountability. If you want to allow poor behavior and poor relationships into your organization, don’t hold people accountable for their poor behavior. But if you want higher performance and healthier relationships, there must be accountability. It must be written into the agreement of how you are going to treat each other and how you’re going to deal with it if that agreement is broken.

When the Social Covenant Has Been Broken

Here is the process I recommend that you put into your agreement in the event that someone breaks it.

This may seem like a tedious process. However, I have found that, if everyone agrees on how to treat each other, the process of resolution, and how to go one-on-one, a second meeting is seldom needed, and a third meeting is almost never needed.

When it comes to conflict, I have found that people generally fall into one (or more) of five categories:

The steps in dealing with conflict provide a process for people in any of these categories to move toward becoming peacemakers. When combined with “how” to approach someone, the process will go smoother and will give the parties a much higher chance to resolve the conflict and restore the relationship.

How to Approach Someone Who Has Broken the Social Covenant

When you approach someone who has broken the social covenant, it is critical that you approach the person in four ways.

First, go in humility. Be open to being wrong. In other words, go with the whole mindset, “I may be wrong.” Even say to that person, “I may be wrong, but could I ask you a question? Could I share something with you?” Consider saying, “Maybe no one else feels this way or has ever shared it with you.”

Second, go in pre-forgiveness. In other words, the goal of resolving conflict is to rebuild the relationship. We don’t want to confront people because we’re angry or hurt. We want to approach the person with an attitude of forgiveness. This doesn’t mean you should tell the person that he or she is forgiven when you approach them; otherwise, this would nullify the statement, “I might be wrong.” It does mean, however, that you have already forgiven whatever wrong was done before you ever meet with the person.

Fourth, go in truth. Don’t just deliver 80 percent of the truth because the other 20 percent is too difficult to bring up. That’s not helping anyone. Give 100 percent of the truth. Sometimes, the facts and the truth can be different. For example, let’s say you saw someone walk into another person’s office and take some money out of that person’s desk. The fact is that the person took the money. The truth could be that the other person left it there for that person to get. Go for the facts and the truth.

When you approach someone with humility, pre-forgiveness, love, and truth, over 95 percent of the time, the conflict will get resolved in one meeting.

The effectiveness of the social covenant rests completely on the extent to which everyone works toward its desired end. All members must be willing to be held accountable for themselves. Your team members must be willing to hold each other accountable as well. Keep in mind that, if you write a social covenant and don’t implement it, you’ll do far more damage than if you had never written it in the first place.

Remember, conflict is not bad. Unresolved conflict is bad. Conflict plus resolution leads to unity and engagement which leads to productivity. Establishing a social covenant and walking out its agreement and processes gives everyone in your organization a clear understanding of expectations and specific steps to resolve conflict. A social covenant and learning how to approach others when conflict does arise will help you become the transformational leader you desire to be.

If you would like to learn more about Transformational Leadership and the social covenant, please contact us at www.fordtaylortalks.com or www.transformlead.com.